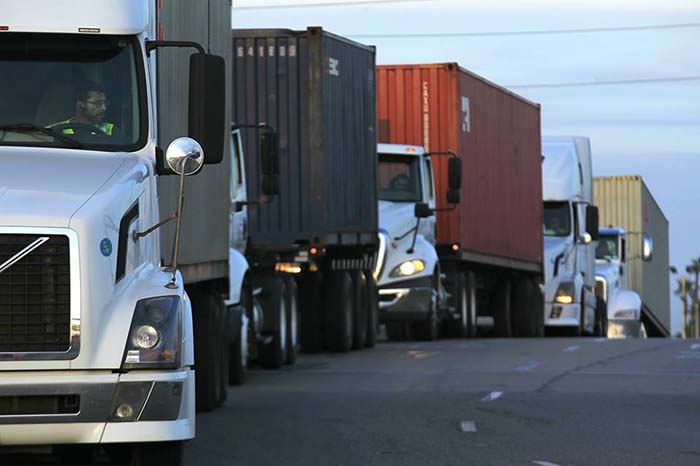 Questions around PierPass have taken on new significance for regulators since similar systems have begun to spring up around the country.

Federal Maritime Commission Chairman Mario Cordero Wednesday received a staff briefing on the progress being made in a third-party analysis of the PierPass extended-gates program in Los Angeles-Long Beach, but he doesn’t believe the transparency that beneficial cargo owners demand from PierPass Inc. is at hand.

“There has been some progress, but not the progress that I expected,” Cordero said, referring to the independent third-party analysis he requested that PierPass Inc. initiate back in July. Beneficial cargo owners, truckers, freight forwarders, and other port stakeholders want to know why the fee they pay to compensate terminal operators for the extended gates increases every August, yet the service they receive allegedly “is neither dependable, nor does it improve with the annual fee increase,” Cordero said.

John Cushing, PierPass Inc. president, said Wednesday the independent third-party analysis that Cordero requested began in September and should be completed by the end of the year. PierPass asked the CFOs of the two ports to recommend a firm to conduct the analysis. They recommended KPMG, which PierPass contracted with for the work. KPMG is now gathering data on the costs the terminals incur for running extended gates, the methodology used to assess those costs, the revenues generated by the fee, and how the revenues are disbursed. “Yes, we have heard the concerns, and we are working with the ports to address them,” he said.

Cordero was a Long Beach harbor commissioner in 2005 when the 13 container terminals in Los Angeles-Long Beach established PierPass in response to community concerns about truck traffic generated by the ports. The program was originally designed to reduce daytime truck traffic by pushing about 50 percent of the truck moves to nights and weekends, which it has done.

However, BCOs, who pay the traffic mitigation fee that helps to fund the night gates, complain they do not have true visibility into costs and revenues collected. Since becoming FMC chairman, Cordero has taken a leading role in ensuring that BCOs, truckers, and other port users are receiving from the terminal operators the extended-gate services they should be receiving.

Cordero added there is a sense of urgency now to improve PierPass because terminal operators in Los Angeles-Long Beach are no longer the only ones providing extended gate hours on a regular basis in this era of big ships. Oakland International Container Terminal recently introduced a program of four full night gates each week, with a fee of $30 charged on every laden container that is moved, day or night, whether the containers move by truck or rail. The Northwest Seaport Alliance of Seattle-Tacoma is also offering extended gate hours, and the port alliance is picking up the tab. Other ports are considering extended gates, but the issue of who will pay for them continues to stymie action.

PierPass Inc. is the entity established by the terminal operators in Los Angeles-Long Beach to manage the extended gates program. The traffic mitigation fee in Southern California is assessed only on laden containers that are moved by truck during the normal daytime shift Monday through Friday. Intermodal rail cargo is not charged the fee because an Alameda Corridor fee is charged on those movements. The current TMF is $70.49 per 20-foot-equivalent unit, or $140.98 per 40-foot-equivalent unit. It increases every August by the percentage increase in the longshore wage contract on the West Coast.

BCOs are assessed the traffic mitigation fee, but they have been joined in recent years by truckers, forwarders, and other port users in charging that there is no transparency as to the true costs that the terminals incur for extending gate hours, and how much each terminal receives as reimbursement from the fees. “It is our collective fault that this has been allowed to continue as long as it has,” Peter Friedmann, counsel to the Pacific Coast Council of forwarders and brokers, told the organization’s annual Wesccon conference at the weekend in Coronado, California.

FMC staff visited Southern California last week and met with PierPass staff and terminal operators. The staff on Wednesday provided the full commision with a report of their findings. Cordero said he is limited as to what he can report from the briefing, but he does not believe the progress that has been made since July will be enough to quell the concerns of BCOs and other port users about the transparency of the PierPass process. “It is clear to me stakeholders are not satisfied,” he said.

Stakeholders were under the impression that when PierPass was established 11 years ago, and the fee was imposed, they would be guaranteed at least four full night gates on weekdays and one weekend gate, in addition to the normal 40 hours each week of day gates, but that is not the case 52 weeks each year.

Cushing said terminal operators run extended gates much of the year, but they vary by terminal to terminal as traffic volumes rise and fall according to normal seasonal trends. There are times when some terminals run more than 40 hours of extended gates in a particular week. “It’s a function of volume,” he said.

If a particular terminal decides, for example, during the slack winter months there is no need for a night gate on certain days, the terminal will file its changes with the FMC 30 days in advance of the change, according to FMC regulations, Cushing said. He added that PierPass, on its own website, publishes annual details of gate openings and aggregate revenues collected and disbursed, and lists a dedicated email address for BCOs and others to use in submitting questions. “To date, we have never received an email,” he said. Cushing added that the numbers show terminals incur more in costs each year for extended gates than they are collecting from the fee.

Nevertheless, the FMC receives numerous complaints from port stakeholders, Cordero said, and they mostly boil down to transparency issues. “What are the true costs and what are the services we are paying for,” is what the port community is asking about, he said.

Cushing responded that the KPMG report, when it is completed, will address those issues. “We asked the FMC chairman what he would like us to do, and we have been working with the ports to do that,” he said.

Permalink Submitted by ferrullig@minds... on Oct 20, 2016 10:54AM EDT
BCO's etc asking for charges based on true costs? Really; what do they think might happen to their ocean freight rates if that theory prevails throughout the entire international move. Could it be that some are being hypocritical is seeking transparency in costs and charges for one service, but not in another?
Port News›Terminal Operators
Port News›Port Productivity
Port News›US Ports›Port of Long Beach
Port News›US Ports›Port of Los Angeles
Trucking Logistics›Drayage
North America›United States