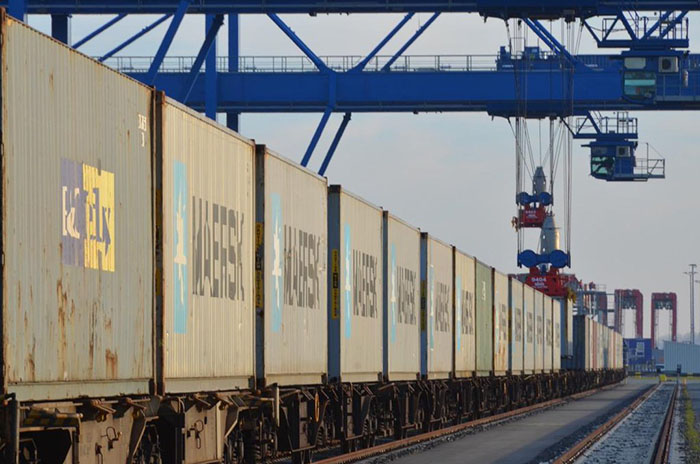 Contship Italia Group, which operates container terminals in Italy and Morocco, grew its share of Italy’s maritime intermodal business to 25 percent in 2016 on the back of a 1.7 percent increase in overall network volume, the company said.

Combined throughput at the company’s five Italian terminals and the Eurogate Tangier terminal in Morocco reached 6.39 million twenty-foot-equivalent units in 2016 compared with 6.28 million the previous year, according to the company based in Melzo, close to Milan.

Contship sees port-to-door services as an effective means to compete with northern European ports, with transit time savings of up to 20 percent on cargoes shipped through La Spezia to destinations in central Europe.

Contship increased transported volumes and the number of trains operated as well as improved load factors on domestic trains in the second half of the year, while increased routing of cargo to South and Central Europe through the company’s southern gateway service resulted in expansion of the company’s market share.

A sizeable chunk of Contship’s intermodal business is focused on the Ligurian gateway of La Spezia, from which it operates its Hannibal intermodal service. The service transported more than 270,000 TEUs in 2016, a year-over-year rise of over 9.3 percent.

Contship expects the Hannibal service to continue to grow as it enters new commercial partnerships, improves domestic train schedules and makes further investments at its intermodal hub in Milan during the course of 2017.

Jolke Helbing of Ocean Shipping Consultants said at the JOC Container Trade Europe conference in Hamburg at the end of last year that the practice of “moving the port closer to the hinterland” was central to the increasing competitiveness of Italian and Mediterranean container port gateways.

“Providing shippers with distribution facilities at the port means the cargo is already in the supply-chain. The port optimises the ‘decoupling’ point in the chain and so ensures no time delays, failure to deliver product, or extra costs.”

Ship-to-rail operations at Contship’s Ravenna facility on the northeast coast, a historical trading hub linking the eastern Mediterranean with the Black Sea, also grew strongly in 2016, with year-over-year volumes up by 12 percent. The Ravenna facility has a strong focus on perishable and refrigerated goods.

The development of Contship’s intermodal services has been supported by the considerable administrative and operational reform in the Italian ports sector over the past several years. This includes the streamlining of port governance in the country, including a 40 percent reduction in the number of port authorities and an 80 percent reduction in the number of executives overseeing port operations.

Of Contshp’s five Italian terminals, the busiest is the Medcenter terminal in Gioia Tauro, which handled around 2.8 million TEUs last year. The company said cost reduction measures implemented at the facility contributed to increasing volumes in 2016.

Transshipment volumes at its main terminals in Tangier; Cagliari, Sardinia; and Gioia Tauro in the southern province of Calabria, were below expected, the company said.

“Rationalization and cost-saving initiatives are further required in 2017 to consolidate the trend towards recovery and ensure the medium- to long-term financial strength of the company.”

The Salerno container terminal south of Naples performed well, with year-over-year throughput growth of 10 percent. A dredging program is underway to enable the facility to accommodate vessels up to 10,000 TEUs.