India a bright spot for DP World in 2016

India a bright spot for DP World in 2016 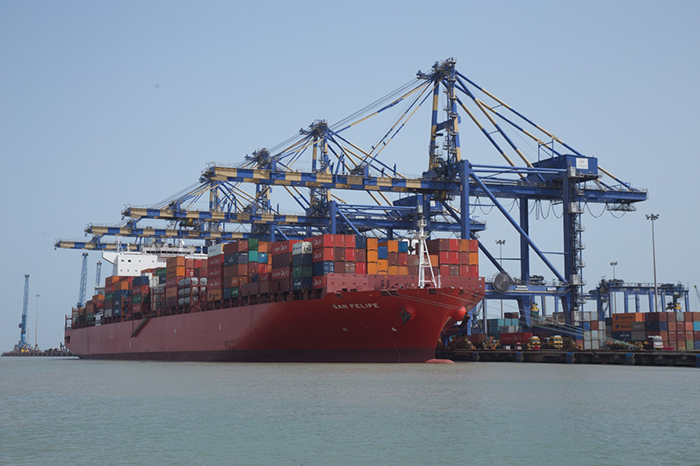 2016 was a year of records for DP World's terminal at Mundra Port, pictured.

This year has been one of “remarkable” growth for DP World in India despite the downturn in global demand.

As the Dubai-headquartered company looks to invest $1 billion in the emerging Asian economy over the next few years, its flagship facility at Mundra Port has set a new high in container throughput during the year thanks to operational efficiency and process innovations.

Statistics obtained from DP World Subcontinent by JOC.com, a product within IHS Markit, show Mundra International Container Terminal lifted 1.1 million 20-foot-equivalent units through Dec. 26, a gain of 21 percent over 2015. Notably, that strong growth came even as the number of ship calls at MICT decreased to 497, from 511 last year, reflecting the increasing ship sizes on major trade lanes.

“At DP World, we believe in providing world-class services to our customers with enhanced operational efficiency and by constantly re-engineering our processes, coupled with innovations that lead to better productivity,” DP World Mundra CEO Sumesh Padmanabhan told JOC.com.

MICT also has lifted productivity levels significantly, allowing it to better utilize its capacity. The terminal this year has booked average gross berth productivity of 88.62 moves per hour and a gross crane rate of 31 moves per hour.

“These are on par with international industry standards,” officials told JOC.com.

That was followed by the April 1 berthing at NSIGT of the 13,000-TEU MSC Cristina, the largest container ship ever to have called Indian shores. With deployment of remote-controlled quay cranes and optical character recognition technology for gate operations, the new terminal has gained a competitive edge over others currently operating out of JNPT and elsewhere.

DP World’s International Container Transshipment Terminal, or Vallarpadam, at Cochin is also on a strong growth path, with 2016 volume up 22 percent year-over-year.

“We continue to focus on the growth of trade in India and look forward to working with our partners to further economic development for the nation,” DP World Subcontinent Senior Vice President and Managing Director Anil Singh said.