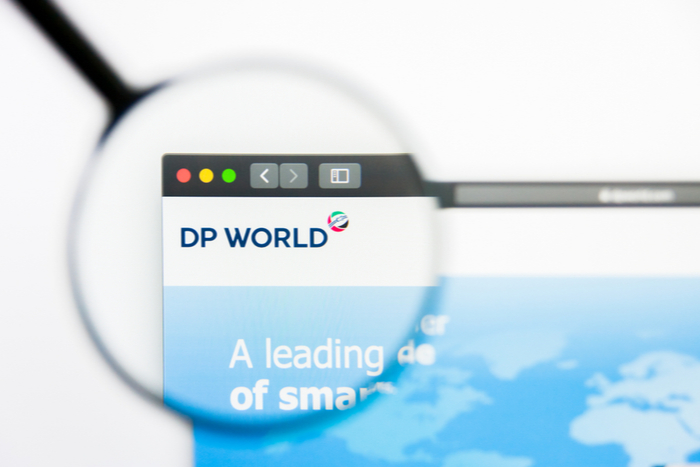 DP World continues to broaden its reach into containerized supply chains beyond terminal operations, following the acquisition of a network of feeder carriers, with the creation of an online freight marketplace.

The terminal operator this week unveiled a digital platform that builds on technology DP World acquired in its purchase of the digital ocean freight booking platform SeaRates.com in 2019. Forwarders can use the platform to book shipments of cargo to and from any destination worldwide using any combination of ocean, land, and air modes.

The platform, called the Digital Freight Alliance, takes its cues from long-established forwarding alliances such as WCA and Premier Cargo Alliance. But it’s also a sign that DP World intends to broaden its reach into containerized supply chains beyond its terminal operations and the acquisition of a network of feeder carriers the last two years.

DP World said the opening of Digital Freight Alliance and access to its booking tools have been accelerated beyond an “already planned rollout of the platforms” to help companies meet the challenge of the COVID-19 crisis and expedite shipments of critical medical supplies.

With the launch of the Digital Freight Alliance, the terminal operator is making clear moves to increase its sphere of influence beyond container lines, the entities terminal operators traditionally view as customers. The SeaRates.com purchase included its subsidiaries LandRates.com and AirRates.com. The driving motivation behind that directive is not only improving efficiency for its carrier customers, but building volume that flows through its port assets, according to bin Sulayem.

The SeaRates.com acquisition “aligns with our vision to take customer operations online and reduce paper-based complexities,” he said in the company’s 2019 annual report. “It will also allow us to ship more containers through our ports, terminals, and free zones around the world, providing an easy interface for customers, freight forwarders and ocean freight lines who can use it to move products via sea, land, and air — from anyone to anywhere.”

DP World’s outward maneuvering also resembles the way certain container lines — notably Maersk Line and CMA CGM — have endeavored in recent years to move beyond port-to-port vessel operators and into the provision of value-added services on both ends of those vessel operations.

It also echoes digital initiatives by some of Europe’s biggest ports, such as Antwerp and Rotterdam, to become facilitators of trade, not just throughways for cargo. Those two ports have designs on driving more volume through their terminals by easing access to data. Rotterdam has developed software-as-a-service (SaaS) solutions it plans to sell to other port authorities and terminal operators.

Digital initiatives are under way in virtually every major global container gateway, which in some ways presents another set of problems. Importers invariably deal with multiple gateways on both the origin and destination sides and managing a different portal for each is not something most of them are equipped to manage efficiently.

DP World’s moves indicate the company sees its network of port assets, which encompass operations in 50 locations in 40 countries, as a potential opportunity to be that conduit of trade.

Bin Sulayem said in the annual report that the company’s ambition is to grow the scale and profitability of its operations as “we participate in a progressively higher proportion of the world’s trade and exploit every significant disruptive technology.”

Even as a terminal operator, DP World’s ambitions are not unique. Singapore-based PSA International similarly sees itself as both a digital hub across its network of terminals, but also as developers of technology that other ports and terminals can leverage through its Calista software platform.