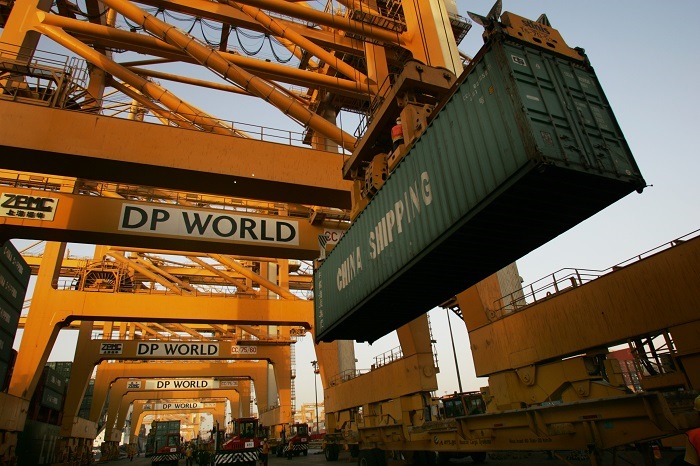 DP World concluded two agreements related to the development of a port concession and free zone in the strategic Horn of Africa just weeks after reporting that another of its operations in the region was seized by the government of Djibouti.

The Dubai-based global port and free zone operator said a tri-party agreement was reached that gives Ethiopia a stake in the Port of Berbera in Somaliland where DP World won a 30-year concession to manage and develop the port on the Red Sea in 2016.

A separate agreement was concluded to build a 12-square-kilometer (4.6-square-mile) “economic free zone” in the vicinity of the port.

The Berbera port and free zone will serve countries in the Horn of Africa, including potentially handling a large share of the foreign trade of Ethiopia, the world’s most populous landlocked country. The government of Ethiopia will take a 19 percent stake in the port and has been given rights to invest in infrastructure to develop the “Berbera Corridor” as a trade gateway to service the country.

DP World’s Doraleh terminal in Djibouti is currently a major, regional hub for Ethiopia’s seaborne trade. About 70 percent of cargo passing through the Port of Djibouti is moved to or from Ethiopia, accounting for 95 percent of the country’s total foreign trade.

In a statement issued on February 23, DP World said the government of Djibouti had seized its Doraleh terminal as part of a “campaign to force DP World to renegotiate the terms of the concession.”

“We demand that the Government will cease its unlawful conduct and continue to work as partners with us in the same spirit of cooperation that has been in place for the last 18 years, which has yielded hundreds of millions of dollars of direct and indirect benefits to Djibouti and enhanced its attractiveness as a leading investment destination in East Africa,” the statement said.

DP World had previously stressed there was ample business for both ports to thrive.

”The economies of the region are growing at a pace that needs the development of Berbera supplementing Djibouti and additional gateways in the future,” said group chairman and CEO Sultan Ahmed Bin Sulayem.

“Both these ports and more capacity will be needed to serve the region’s growth potential in the future.”

DP World said its investment in the port of Berbera could reach $442 million as it pushes forward with its strategy to invest more in supply chain infrastructure to enable trade in emerging markets, including facilitating improved connectivity for landlocked countries.

The company last week announced an agreement with the Suez Canal Authority to build the first phase of an industrial and residential zone close to Sokhna in Egypt. DP World will build and manage the zone, which is planned to eventually cover 75 square kilometers. The capacity of the Sokhna port will also be increased.

DP World handled 70.1 million TEU in gross container volumes in 2017, a more than 10 percent increase from 2016. Consolidated volumes — or volumes through terminals controlled by DP World — expanded by close to 25 percent to 36.5 million TEU.

Growth was strong in each of the company’s three administrative and operational regions. Gross volumes in Asia and India — the region that contributes the largest share of total throughput — rose by 6.8 percent, while volumes through facilities in its Europe, Middle East, and Africa region expanded 13.4 percent.

The company said it expects to continue market growth in 2018.