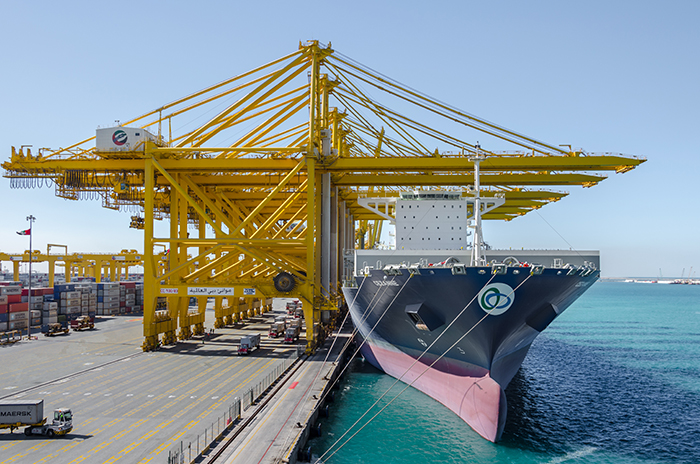 Jebel Ali is the flagship terminal of the DP World group.

Global container terminal operator DP World said it is investigating the cause of last week’s crane collapse at Jebel Ali’s Terminal 1 that resulted in injuries to 10 people when a CMA CGM vessel hit the harbor wall while in the process of berthing.

One of the injured workers sustained a broken arm and a broken leg when the quay crane collapsed and another was derailed. DP World said the worker was in a stable condition in the hospital.

Nine others sustained what the company described as minor injuries.

“Medical treatment for all minor injuries was received at the DP World Medical Clinic at the terminal, while the gentleman with the moderate injury, a fractured arm and leg, was taken to hospital and is currently in a stable condition,” the company said in a statement.

DP World said its safety teams responded to the accident in less than five minutes.

“Working with external emergency response teams, the area was evacuated and an exclusion zone created. Safety drones were also deployed to survey the area, locate anyone in need of medical assistance, and ensure the safety of the responding crews.”