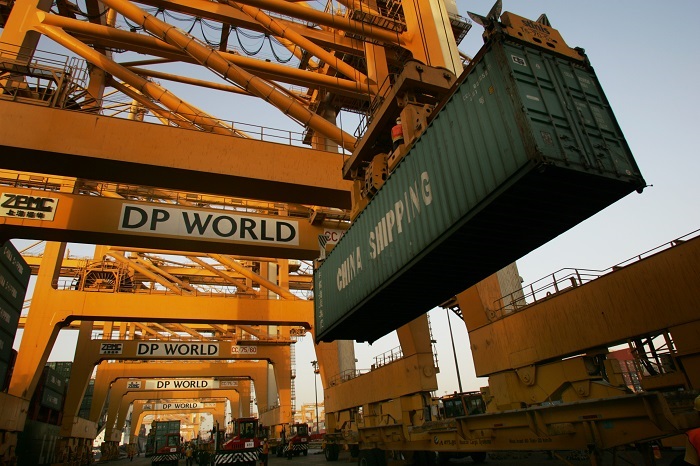 DP World’s concession to operate the terminal was unilaterally terminated in February in the midst of a protracted dispute over the operation of the facility. (Above: DP World's Doraleh Terminal in Djibouti.) Photo credit: DP World.

DP World said it would pursue all legal means to defend its rights after the government of Djibouti nationalized shares in the country’s disputed Doraleh Container Terminal (DCT).

The Dubai-based port operator said the transfer of Port de Djibouti SA (PDSA) shares in the terminal joint venture to the government of Djibouti appeared to be an attempt to undermine a new ruling by the English High Court on the increasingly acrimonious dispute.

“This is the latest step in the Government of Djibouti’s five-year campaign to take the 2006 Concession Agreement away from DCT, through which DP World operated, and part owns the Doraleh Container Terminal,” DP World said in a statement issued by the government of Dubai.

DP World’s concession to operate the terminal was unilaterally terminated in February in the midst of a protracted dispute over the operation of the facility.

The terminal concession agreement is governed by English law and provides that disputes are to be resolved at the London Court of International Arbitration.

An August 31 ruling by the English High Court reaffirmed the rights of DP World in the venture and ordered that PDSA: “Shall not act as if the joint venture agreement with DP World has been terminated.”

Earlier, the head of the Djibouti’s Ports and Free Trade Zones Authority said the dispute would not be resolved by arbitration and that DP World should accept a settlement and go.

However, DP World said it received no offer of compensation in relation to the ending of the agreement.

China Merchants recently signaled its intention to expand ties with Djibouti and said it would redevelop the old port in the downtown area of the country’s capital.

The company, overseen by Beijing’s State Assets Supervision and Administration Commission, likened its plans for the east African country to the development of its home base of Shekou and Shenzhen in southern China, where it has carried out extensive port, industrial, and real estate development.

The DCT dispute has sparked concern in the United States over its potential to cause a decline in US influence in the region.

Djibouti’s strategic location on the Gulf of Aden makes the area an important military outpost for several world powers, and it is currently the only country in the world to host both US and Chinese naval bases.