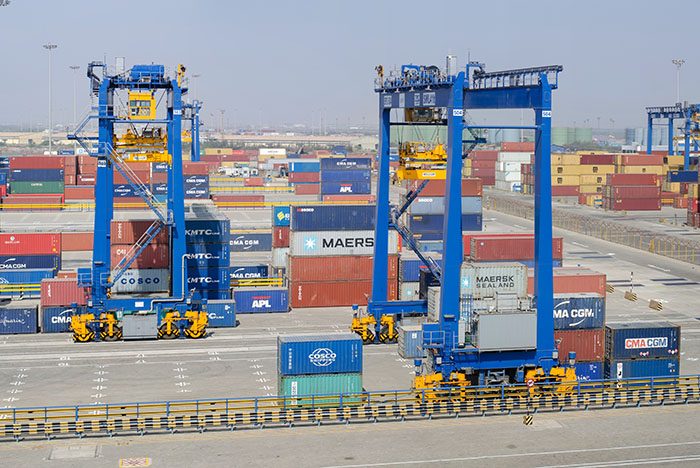 India’s southern corridor is emerging as a hotspot of container logistics activity thanks in part to ongoing government efforts to interlink ports through the development of road, rail, and seaway connections.

In the latest example of this trend, DP World — which handles approximately 25 percent of India’s containerized trade via its six terminal concessions across the country — is repositioning an existing inland freight terminal at Hyderabad as a regional multimodal distribution hub.

In a statement to JOC.com, DP World Subcontinent said with easy access to the interstate highway system, a full-fledged rail siding, and 250,000 square feet of warehouse space, the logistics hub service can provide greater value to shippers and end users in the region.

“Hyderabad will act as the catalyst to drive more trade in the state of Telangana. DP World has already established private freight terminals and rail-road linkages connecting the city with other trading hubs across the country,” the company said.

The move is part of a larger effort by the Dubai-based port terminal operator to transform itself into an “integrator” of container logistics services in the emerging economy with the help of a $3 billion investment program set up with the National Investment and Infrastructure Fund in 2017. “As a global trade enabler, we aim to grow in complementary sectors of the global supply chain, which includes inland container terminals, freight corridors, and logistics infrastructure,” DP World Chairman and CEO Sultan Ahmed bin Sulayem said following the May 2018 purchase of a 90 percent share in multimodal provider Continental Warehousing Corporation (Nhava Sheva) Ltd. (CWCNSL).

DP World has already been using the Hyderabad facility as a distribution hub for heavy-lift cargoes and will primarily target pharmaceutical shippers requiring specialized temperature-controlled solutions in the near term. Focusing more on perishable or time-sensitive cargo handling could mean further cold storage improvements at the site. However, the company declined to provide the specifics of the existing infrastructure or new plans when contacted by JOC.com.

DP World’s terminal operations at the ports of Chennai, Visakhapatnam, and Kochi (Vallarpadam) handled a combined 151,097 TEU (34.4 percent) of a total 439,490 TEU shipped in and out of southeastern India during August, according to a JOC.com analysis of port authority data. The firm also operates terminals at the Jawaharlal Nehru Port Trust (JNPT) and Mundra Port.

However, DP World will face increased competition in the emerging economy from port operator Adani Group, which is looking to secure a 72 percent stake in Krishnapatnam Port, a privately run harbor built by the Hyderabad-based CVR Group. Adani is also reportedly seeking the concession rights to develop a deep-water port at Machilipatnam, approximately 230 miles north of Krishnapatnam and 342 miles north of Chennai, after the state government said it would review the existing contract signed with Navayuga Engineering Co. in February this year.