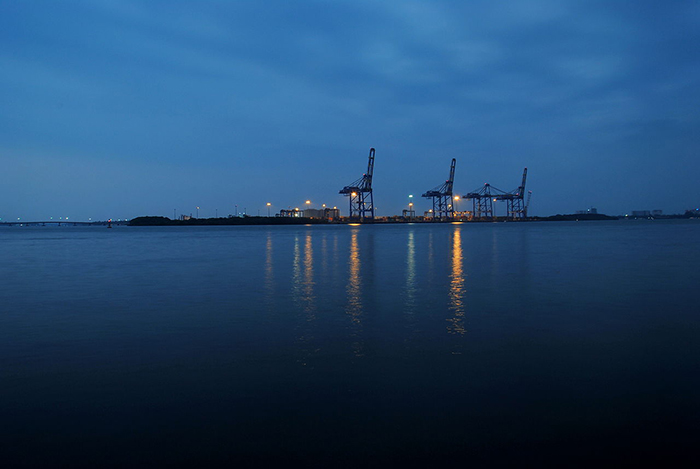 DP World on Friday unveiled a plan to invest $1 billion in India over the next few years, as the Dubai-headquartered terminal operator looks to tap into potential growth opportunities in the emerging Asian economy.

“We are reinforcing our commitment to enabling India’s growth and economic development through our operations in the country, where we have invested over $1 billion in the past supporting over 30 percent of India’s container trade,” Bin Sulayem said. “Being one of the strongest emerging economies in the world, India offers immense potential for growth in the maritime sector.”

The visit comes after Indian Prime Minister Narendra Modi traveled to the Arabian country in August last year in an effort to accelerate bilateral trade and investment.

“DP World has established a leading position in the Indian market and is a pioneer in the development of container terminals. It has the biggest portfolio along the Indian coast and is looking to enhance its presence there, transferring the UAE’s experience of infrastructure development in line with our plans to enhance the strategic relations between our countries and to take them to a higher level,” said Crown Prince Mohammed in a written statement.

NSIGT, which has been operating to its partial capacity since September, comprises a berth length of about 1,083 feet, a draft of 44 feet, a 68-acre storage yard, four rail-mounted quay cranes, 12 rubber-tire gantry cranes and an annual capacity of 800,000 twenty-foot-equivalent units.

DP World’s other port locations in India are at Chennai, Visakhapatnam, Cochin and Mundra.