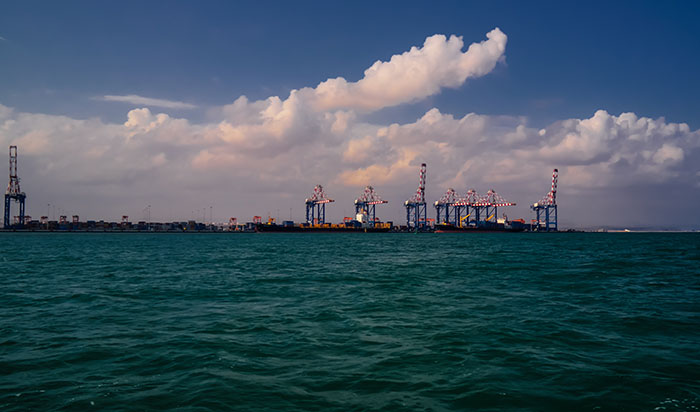 Djibouti is seeking to assure customers of the Doraleh Container Terminal that the facility will be operated to the highest standards following the recent ending of the operating contract with long-time concessionaire DP World.

A statement from the office of president Ismail Omar Guelleh said the new company created to manage the facility — the Doraleh Container Terminal Management Company — was solely owned by the Republic of Djibouti and that its primary purpose was to “protect the sovereign rights of the nation.”

“Under the new management structure, Doraleh Container Terminal will once again be the leading port in the Red Sea region in terms of productivity, particularly in terms of transshipment, with a capacity of 1,600,000 TEU containers per year and an average unloading rate of 35 containers per hour.”

In February the government announced that it was proceeding with a unilateral termination of the concession contract with immediate effect after the two parties failed to reach agreement on a dispute ongoing since 2012.

DP World called the ending of the contract an illegal seizure and said it was part of a campaign to force the company to renegotiate the terms of the concession agreement.

In a statement released over the weekend, the office of the president accused DP World of limiting traffic to local markets only, which it said cut the total potential capacity of the facility by half.

In a March country risk report, IHS Markit said economic growth in Djibouti continues at a favorable pace strongly driven by trade and commerce as well as foreign-financed infrastructure development.

But the report said levels of risk in the cargo and transport sector were high and noted that changes in bilateral relations with Djibouti can frustrate commercial contracts.

Growth in real GDP is forecast to remain at 5 percent this year before dropping to about 4 percent from 2019 to 2021.

The Doraleh Container Terminal Management Company signed a deal last week with Singapore-based Pacific International Lines that would allow the port to handle an extra 300,000 TEU per year, according to the Djibouti Ports and Zones Authority.

Meanwhile, DP World said recently it concluded two agreements related to the development of another port concession and free zone on the Horn of Africa.

The Dubai-based company said a tri-party agreement was reached that gives Ethiopia a stake in the Port of Berbera in Somaliland, where it holds a 30-year concession to manage and develop the port on the Red Sea that was awarded in 2016.

A separate agreement was concluded to build a 12 square kilometer “economic free zone” in the vicinity of the port.

The Berbera port and free zone will serve countries in the Horn of Africa, including potentially handling a large share of the foreign trade of Ethiopia, the world’s most populous landlocked country. Under the new agreement, the government of Ethiopia will take a 19 percent stake in the port and has been given rights to invest in infrastructure to develop the “Berbera Corridor” as a trade gateway to service the country.

The port of Djibouti is currently a major regional hub for Ethiopia’s seaborne trade, with about 70 percent of its total throughput moving to or from Ethiopia.

DP World had previously stressed there was ample business for both ports to thrive.

“The economies of the region are growing at a pace that needs the development of Berbera supplementing Djibouti and additional gateways in the future,” said group chairman and CEO Sultan Ahmed Bin Sulayem.

“Both these ports and more capacity will be needed to serve the region’s growth potential in the future.”

DP World handled 70.1 million TEU in gross container volumes in 2017, a rise of more than 10 percent on 2016. Consolidated volumes — or volumes through terminals controlled by DP World — expanded by close to 25 percent to 36.5 million TEU.