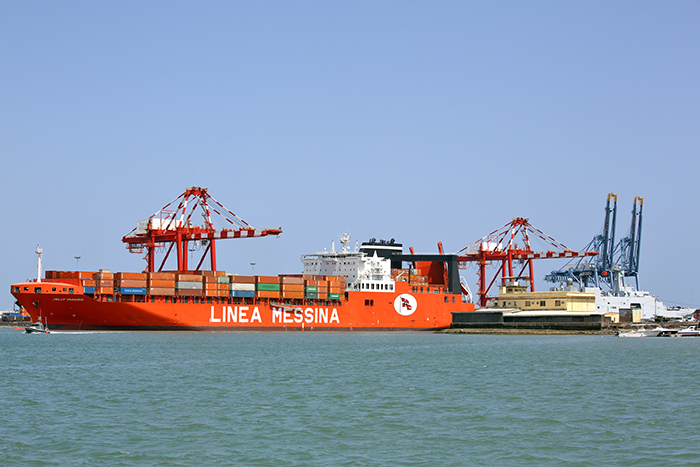 China Merchants Group will update and expand the old port in the downtown of Djibouti City. Photo credit: Shutterstock.com.

China Merchants Group signaled its intention to further develop ties with the government of Djibouti, saying it would shortly begin redevelopment of the old port in the downtown area of the country’s capital.

The company overseen by Beijing’s State-owned Assets Supervision and Administration Commission likened its plans for the east African country to the development of its home base of Shekou and Shenzhen in southern China, where it has carried out extensive port, industrial, and real estate development.

In a further twist to the high-profile jostle for influence and commercial opportunity in the strategic east African country, the head of the Djibouti Ports and Free Trade Zones Authority (DPFZA) said the dispute over the operation of the Doraleh Container Terminal (DCT) would not be resolved by arbitration. He said Dubai-based port operator DP World should accept a settlement and go.

DP World’s concession to operate the DCT was unilaterally terminated by the government of Djibouti in February during a protracted dispute over the operation of the facility going back to 2012. Djibouti is expected to hand over control of the facility to Chinese companies amid warming ties after the opening of a new Chinese-invested 50 square kilometer Free Trade Zone (FTZ) in the country earlier this month.

DP World said in a statement that the opening of the FTZ — which is a joint venture between China Merchants Group; its port subsidiary, CMPort; and the Djibouti government — violates its exclusive management rights under the Doraleh concession agreement. It reiterated that the agreement remains in force and said, “seizure of the terminal doesn’t give the right to any third party to violate the terms of the concession agreement.”

The July 5 ceremony to launch the FTZ was attended by the presidents of Djibouti, Ethiopia, Rwanda, Somalia, and Sudan, as well as the chairman of the African Union Commission. CMPort acquired 23.5 percent shares of Djibouti port authority Port De Djibouti S.A. (PDSA) in 2013 for $185 million and invested in the redevelopment of the port area.

“Djibouti, one of the developing countries along the Belt and Road, has similar infrastructure with Shenzhen Shekou, when it became the pioneer of China's historic journey of reform and opening up,” CMPort said in a statement.

The company said it had strong support from the government and would soon commence work to regenerate the old port in Djibouti’s downtown area. Its presence in the country would bring jobs and industry, and the FTZ alone would add some $4 billion to the country’s GDP, an amount equal to more than double its entire GDP in 2017, the statement added. PDSA handled around 4.4 million TEU and 25 tonnes of bulk cargo in the five years from 2013 to 2017.

DP World described the loss of the ending of the Doraleh concession as an “illegal seizure,” which it said was carried out as part of a campaign to force it to renegotiate the terms of the concession. It has instigated proceedings at the London Court of International Arbitration.

Financial Times reported at the weekend that DPFZA chairman Aboubaker Omar Hadi said the country would be willing to pay around half a billion dollars in settlement to DP World. The controversy has sparked concern in the United States over its potential to cause a decline in US influence in the region.

Djibouti’s strategic location on the Gulf of Aden makes the area an important military outpost for several world powers and it is currently the only country in the world to host both US and Chinese naval bases. It is home to the only permanent US base in Africa, which houses 4,000 military and intelligence personnel and is a key location for US power projection and operations in the region.

The Port of Djibouti is currently a major regional hub for Ethiopia’s seaborne trade, with about 70 percent of its total throughput at the port moving to or from Ethiopia. The port handles around one million containers per year and seven million metric tonnes of cargo.