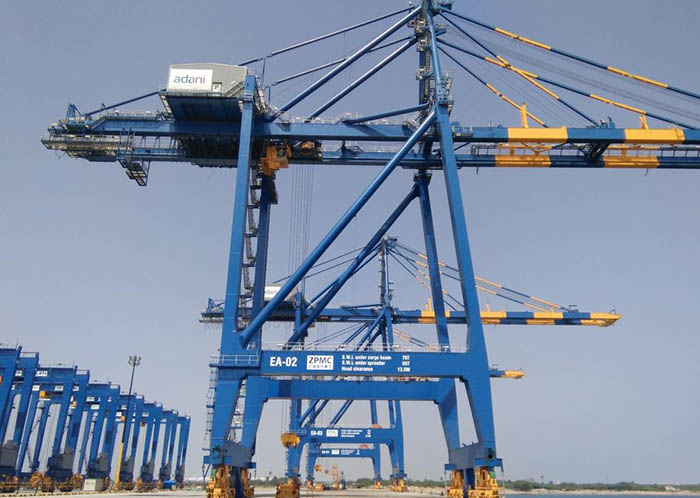 The Ennore container terminal is the latest to open as part of an aggressive expansion by Adani Ports and Special Economic Zone.

Indian Shipping Minister Nitin Gadkari on Friday officially inaugurated a new container terminal and supporting rail infrastructure at the Ennore, or the Kamarajar, port about 15 miles north of Chennai.

The capacity addition will add excess to a market that has become oversupplied from emergence of new privately-operated minor ports on the east coast, including the Kattupalli port operated by Adani Ports and Special Economic Zone (APSEZ), which along with other port facilities in the region has driven down capacity utilization at the publicly-owned Chennai port to around 50 percent capacity in recent years.

The Rs. 724 crore (about $110 million) container facility, the first at Ennore, is the initial phase of a 30-year concession APSEZ won in 2014, having offered a 37 percent share of revenue as annual royalty to the landlord port in a public tender.

Ennore is sandwiched between container facilities in Chennai to the south and Kattupalli to the north.

At the ceremony, the minister also announced the opening of a multipurpose cargo terminal built by Chennai-based Chettinad Group and the use of radio-frequency identification technology (RFID)-enabled gate operations at Ennore.

“The RFID system will lead to reduction of time and congestion in cargo traffic and enhance the port operations,” according to an official statement.

APSEZ has been building up its presence on India’s southeastern coast after solidly positioning itself on India's west coast with massive capacity and strong growth at Mundra, and last week started work on the deep-sea Vizhinjam International Container Transshipment Terminal about 10 miles southwest of Trivandrum in Kerala State.

APSEZ’s other port operations in India include cargo facilities at Hazira, Tuna-Tekra (Kandla), Dahej, Dhamra, Mormugao, and Visakhapatnam, and the company is widely believed to be a front-runner in the speculated sale of APM Terminals' majority stake in the Pipavav port.

“We do not comment on market rumors and speculation. In the normal course of business, APM Terminals’ strategy is to continuously review and optimize its existing global portfolio as well as explore new investment opportunities. We are always looking at opportunities to grow the business and improve shareholder value,” APMT spokesman Tom Boyd told JOC.com.