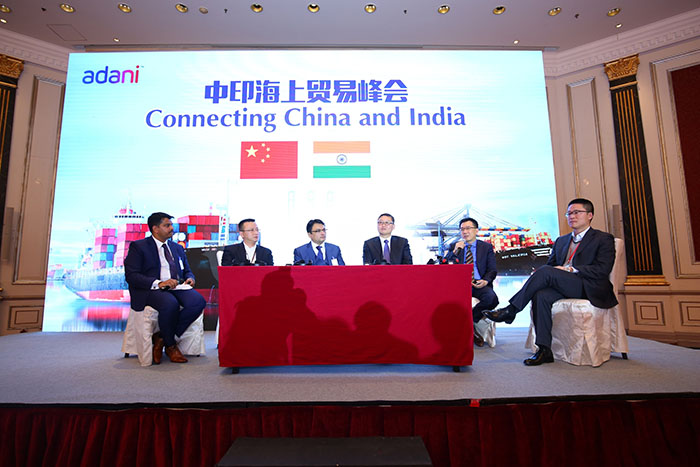 After crisscrossing the country to woo hinterland shippers, India’s biggest private port developer is reaching out directly to beneficial cargo owners in major global markets as it wraps up doubling container-handling capacity at its flagship Mundra Port.

“The event was part of an ambitious program to build relationships with major exporters and importers based in countries with significant trade potential,” APSEZ said in a trade advisory.

The private developer owns and operates a group of marine facilities across India. Container throughput at APSEZ far outpaced growth at major public rivals in the first three quarters of fiscal year 2016 to 2017, rising 28 percent year-over-year compared with 4 percent at public ports.

With a new terminal at the port of Ennore, near Chennai, expected to open shortly, that growth should accelerate further in the coming months.

Mundra has made steady market share gains, particularly from northwestern India, in recent years, and Mundra’s proximity to the northwest compared to JNPT will cause this trend to continue, global port design and engineering company AECOM said in a master plan presented to the Ministry of Shipping.

The expansion of Mundra, in which CMA CGM and Mediterranean Shipping Co. are participating via strategic partnerships, will bring Mundra’s capacity to 6.6 million twenty-foot-equivalent units annually, making it the largest container port in the country.

JNPT currently holds that title, but its throughput has declined 0.4 percent year-over-year in the first 11 fiscal months of 2016 and 2017 despite productivity gains, according to port statistics compiled by JOC.com, a product of IHS Markit.