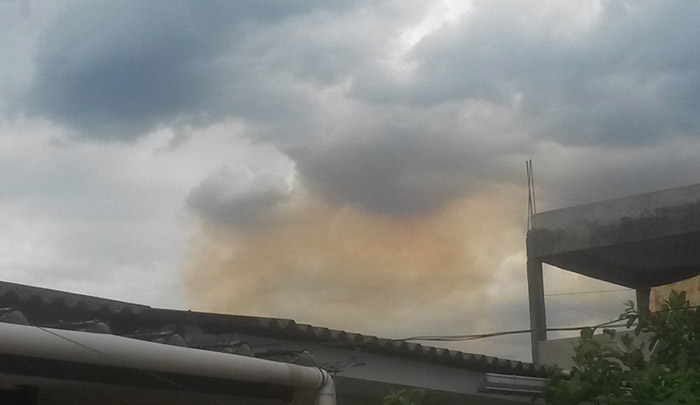 A plume of toxic smoke is seen rising from the explosion. Credit:@malilapark

Shippers using the port of Santos are grappling with delays after an explosion on Thursday afternoon closed the largest South American container gateway for the third time in three years.

The explosion occurred at 3 p.m. at the Vale Fertilizantes 2 industrial plant in Cubatao and closed the port until 7:30 p.m., when Santos and Sao Paulo firefighters got the blaze and toxic fumes under control. The facility’s location adjacent to the main Anchieta and Immigrantes highways and the smaller BR-101 that connects Sao Paulo to the port of Santos led to highway closures that spawned congestion.

The plant is owned and operated by Vale, which also operates Log-In, Brazil’s last remaining container carrier. Police and environmental officials are investigating the explosion and Vale will likely face heavy fines.

Since 2015, the port of Santos has suffered two other major conflagrations that caused the port to close and created costly delays that hurt shippers’ and carriers’ pockets. The first fire raged for eight days in April 2015, and the second fire in January of 2016 lasted for 40 hours and caused delays and ship cancellations.

A manager at the Embraport box terminal, which is the closest container facility to Cubatão and nearly five miles away described the scene.

“We could see the yellowish smoke but thankfully it did not come too close and we did not have to send our staff home because of the fumes,” said the manager. “However, both sides of the road, to Santos and Guaruja, were closed for a few hours causing some delays, especially for trucks.”