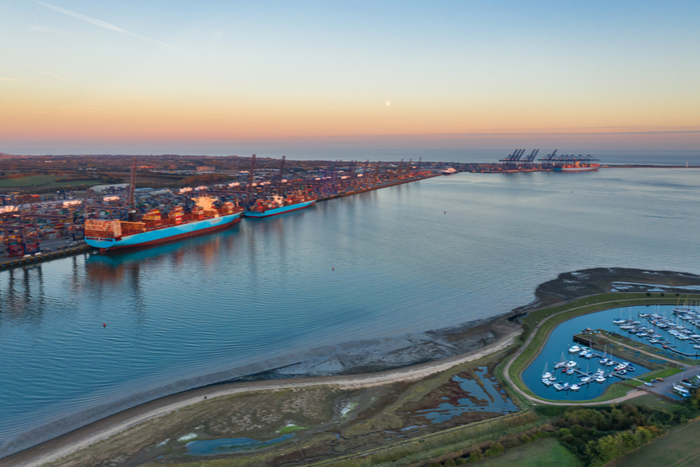 Maersk is adding four global ports to its priority product that allows cargo owners to expedite or slow down cargo shipments.

With the big sourcing ports in Asia on board, the Maersk Accelerate product has been extended to the ports of Durban (South Africa), Barcelona, Felixstowe, and Lázaro Cárdenas in Mexico, said Franck Dedenis, the carrier’s vice president and global head of ocean product for North America trades. Long Beach was the launch port for the expedited product that was rolled out last year.

The importance of being able to regulate transit times was driven home in April when tens of thousands of containers from China were on the water and headed for markets in Europe and North America that had been locked down to limit the spread of the coronavirus disease 2019 (COVID-19). As consumer demand evaporated almost overnight, carriers began to offer delay-in-transit services to store inbound containers at transshipment hubs near the destination markets.

Now that lockdowns are easing and businesses across Europe and North America are reopening and factories restarting production, shippers are adjusting their demand for cargo. But demand remains uneven across products and regions, and is compounded by the extensive capacity withdrawals by carriers on Asia-Europe, the trans-Pacific, and the trans-Atlantic trades.

“As the markets reopen, we are seeing a need for increased speed to certain markets and products, not just for personal protective equipment (PPE),” Dedenis said. “The cargo that customers have in their warehouses is not necessarily the products they need because of seasonal changes, or maybe there is a need for priority products.”

But Dedenis said slowing down or speeding up shipments would remain a key supply chain management tool for carriers long after the coronavirus disruption has ended. He said shippers had varied time-to-market requirements depending on the type of product, and wanted to be able to regulate lead times or redirect shipments.

“The ability to potentially change some cargo from one market to another, depending on the sales levels, to delay or fast-track some parts of a supply chain, is extremely important,” he said.

No volume targets have been set for the expanded product, but Dedenis said at Long Beach, more than 600 FEU per week were moved under Accelerate. He expected the service offering to gain more traction from shippers, particularly those in the lifestyle and retail sectors.

Dedenis said amid growing calls from shippers to expedite shipments, the option of speeding up ships was looked at, but quickly dismissed.

“Speeding up ships can save one to two days, but it is an extremely costly option and the impact on the environment is high because the faster you sail, the more CO2 you emit,” he said.

“We would rather ensure a process of integration of the supply chain where we can save time end to end rather than speeding ships up to gain one to two days,” he added. “In Long Beach or LA, by controlling the block stow on board, the first containers to be discharged, the terminal storage, the customs brokerage, and the intermodal process, we can save three to four days. That makes it very competitive for customers who save on inventory costs.”

“You see carriers who have mounted expedited services are benefiting from the shift from air freight to ocean,” Ron Widdows, chairman of the World Shipping Council and CEO of chassis and technology provider FlexiVan Leasing, told JOC Uncharted in a recent interview.

“Services that can get things to market quicker. Carriers who can provide information better to their customers,” he said. “I think they're going to do better in the long run. That’s a fairly narrow segment of the marketplace, but I think that demand will grow over time.”