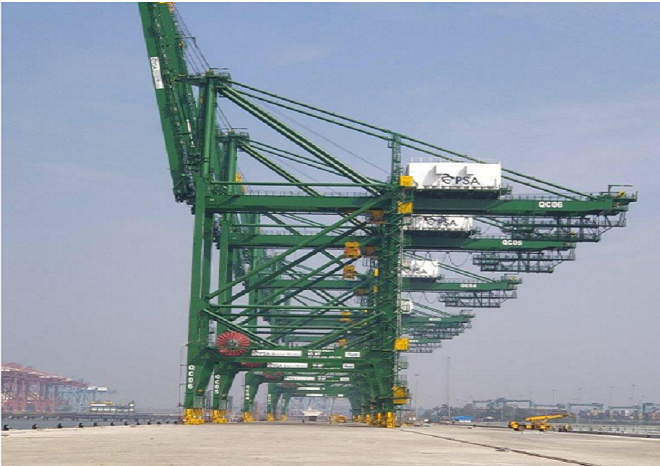 The above contrasts with a flat 2016, when Singapore terminal volume dipped slightly, by 0.1 percent to 30.59 million TEU, while overseas operations delivered 37.04 million TEU, up by 10.6 percent.

PSA operates and invests in about 40 terminals in 16 countries across Asia, Europe, and the Americas.

“2017 ended on a relatively positive note as global container throughput had its strongest showing since 2011, aided by stronger economic growth in many countries,” said Tan Chong Meng, group CEO of PSA International.

PSA said its balance sheet remains strong and it had a gross debt-to-equity ratio of 52 percent at the close of 2017.

Tan attributed the sharp improvement to the wave of consolidation among shipping lines in 2016, the benefits of which came through in the latest results. However, he expects 2018 to remain “highly changeable and competitive.”

“As we witness the current wave of digitalization and acknowledge the increasing quest for cargo flow visibility, we believe PSA can work with customers and partners to create a new suite of solutions that exploit the opportunities digitalization offers, taking advantage of the fact that PSA already operates at key nodes of global trade and supply chains,” Tan said

In a similar vein, Fock Siew Wah, group chairman of PSA International, said he expected transformation and disruptions in the global supply chain to shape the industry. This presents challenges and opportunities, he said, and PSA endeavors to work with partners and customers to tap relevant technologies and develop solutions.

Commenting on the results, Fock said, “Despite the social-political upheavals, economic disruptions, rising protectionism, and chaotic operating conditions brought about by malicious large-scale cyber attacks on certain entities in 2017, PSA managed to continue a growth trajectory, performing creditably, due in no small part to a resurgent global economy that appeared resistant to isolationist rhetoric and the ubiquitous consolidation of shipping alliances, which hub their shipping services in many PSA terminals.”

A version of this story appeared in Fairplay, a sister product of IHS Markit.