Focus on container flow, not cost-cutting, to heal ailing industry

Focus on container flow, not cost-cutting, to heal ailing industry 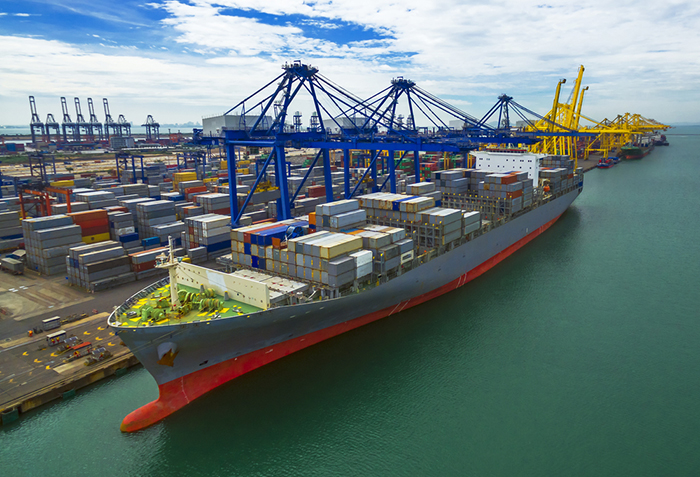 The shipping industry finds itself in a catch-22, with lines forced to cut costs in a depressed market where shippers demand lower rates, as those cuts and rates threaten the productivity shippers and modern supply chains demand.

ISELIN, New Jersey — Container lines and shippers can fix what some consider to be a broken industry if they concentrate more on accelerating the flow of data and cargo and less on freight rates and cost-cutting measures, according to industry experts.

Severe pricing pressure and six consecutive years of losses have changed the focus of ocean carriers from providing superior service to cost-cutting measures such as slow-steaming and operating in large vessel-sharing alliances that add complexity to the supply chain.

Shippers, meanwhile, have apparently accepted a business environment in which rates continue to decline, but so does service. “If you don’t get paid a nickel more to improve service, why do it?” Widdows said.

Declining carrier performance and marine terminal productivity are viewed today as being primarily a residual effect of big ships, but Widdows warned shippers it could get worse. “The advent of really big ships hasn’t happened yet,” he said in reference to the US trades.

As container lines enter ships with capacities up to 20,000 twenty-foot-equivalent units into the Asia-Europe trades vessels of 10,000 to 14,000 TEUs will cascade into the US trades.

Furthermore, what carriers call network optimization actually means fewer port calls and fewer choices for customers. “What carriers do, shippers don’t like,” he said. The financial woes of the carrier industry are also having an impact on terminal operators. This could lead to consolidation among terminal operators as well, Widdows said.

In this difficult environment, progress on supply chain improvements lags because each sector of the industry — carriers, terminal operators, truckers, and shippers — retreat into their own spaces to protect their own self-interests.

“We are an industry that that operates in silos,” said Jonathan Rosenthal, a managing partner of Saybrook Capital. The transportation supply chain, in order to work for everyone, requires collaboration among all participants in the transportation move. “It’s an ecosystem,” Rosenthal said.

If the industry is going to evolve to where it needs to be, each sector of the supply chain must overcome the legacy thinking that is holding it back, said Rosenthal, who has helped several industries, including airlines and utilities, to restructure.

Using the airlines as an example of how ocean carriers can restructure and thrive, Rosenthal said that a half-dozen major airlines went bankrupt in the 1990s because they competed in an industry marked by overcapacity, poor asset utilization, and declining revenues, just as ocean carriers today. In another development similar to shipping, airplane manufacturers used government subsidies that were intended to produce more jobs to sell aircraft cheaply, thus aggravating the overcapacity problem.

Widdows said shipping lines, their customers, and their vendors must change their current mindset, which involves protecting their proprietary electronic data interchange systems and hoarding data. The supply chain must instead evolve into one built upon trust, data standardization, and data sharing to optimize operations for the good of the entire supply chain, he said.

“Imagine if we start at the beginning, we start fresh,” he said.

The collaboration effort must be built upon predictive analytics. “The data is there, the technology exists to predict events rather than just react to them,” he said. If liners and terminal operators provide shippers and trucking companies with accurate information well in advance of cargo arrival, and follow with timely notifications of cargo clearance, cargo flow will improve.

The good news, Widdows said, is that some container lines are thinking about ways they can serve the market better, but there is still a lack of trust among supply chain partners, and even among partners in the same vessel-sharing alliance, who insist upon maintaining their proprietary systems. Their attitude is, “Don’t touch my secret sauce,” Widdows said.

Although the data is available today, and technology exists to improve cargo flow, the industry lacks a driving force or facilitator that can bring the disparate parties together. Rosenthal said the government under the Obama administration is sponsoring supply chain optimization efforts at the federal agency level. Also, the Port of Los Angeles has committed to a pilot project with General Electric to foster data sharing among port users in Southern California.

However, the individual sectors of the transportation supply chain have yet to heed the warning to “disrupt or be disrupted,” Rosenthal said.