Carl D’Emilio, a well-liked and respected leader in information systems serving marine terminals, port communities and intermodal, passed away on Tuesday after a long illness. He was 46. 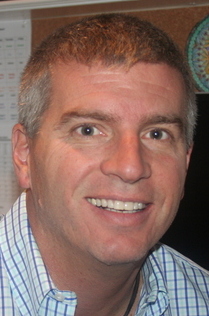 The president of Advent Intermodal, an information technology company serving the marine terminal and intermodal industries, D’Emilio built his career on a foundation of family history in the business, a deep understanding of the market and a talent for technology.

Advent Intermodal was created in 2012 through the merger of D’Emilio’s company, Advent Inc., which focused on IT solutions for marine terminals, and eModal, a developer of port community software including appointment systems owned by terminal operator SSA Marine, though the two companies were also competitors.

For example, PierPass worked with both organizationsAdvent had built a reputation of providing customized port community solutions, focusing on individual implementations, while eModal at the time of the merger was the largest online portal for port community services. Today, more than 40 terminals and 80 shipping lines use Advent technology in various aspects of their operations.

D’Emilio began his career at “K” Line and later worked at Hapag-Lloyd and terminals in Long Beach and Oakland. The idea for Advent, which was founded in 1995, was born out of his marine terminals experience, where he saw that online support materials for marine terminal computer systems would be a vast improvement over the paper manuals many terminals were using at the time, according to his father, Alfred D’Emilio, a longtime executive at Maher Terminals at New York-New Jersey.

“His innovations improved terminal operations and introduced more cargo visibility to all the interested parties,” the elder D’Emilio said. “He made vast improvements in developing systems to track and eliminate waste in maintenance and repair facilities. A key to Carl’s success, and the success of Advent, was Carl’s ability to see problems clearly. He could get to the heart of a problem like few others could.”

Many other saw in D’Emilio a depth of talent combined with a passion for the industry that drove him to innovate in areas such as maintenance and repair that few IT professionals took much of an interest in.

“He had a passion for the industry. He was one of those unique guys who could take substantial business knowledge about the industry, and about IT, and blend those two things together to create very compelling solutions,” said Mike Simon, a long-time IT leader in container shipping who is now principal consultant with DefinedLogic. “He did a lot of great work around M&R, he had a passion for depot management and terminal management and he had phenomenally good relationships.”

Said Tomas Martucci, vice president of Consolidated Chassis Management; “His logical approach to solving issues allowed him and the Advent team to solve some of the industry’s most complex problems. He developed the industry’s first DVIR receipt system and developed the best M&R system in the industry. Not only did his clients benefit from his solutions .but the industry as a whole has benefited.”

Bruce Wargo, CEO of PierPass, said, "Over the years in our business you meet certain individuals who stand out and Carl D'Emilio was one of those people. Knowledgeable, creative and above all he could be a good friend. Carl's background and honesty enabled him to get things done."

D’Emilio is survived by his wife, Donelle; his children Luca, Nico and Camile, his parents, Alfred D’ Emilio and Renata Bouterse, his brother Michael (Julie) D’Emilio. In lieu of flowers, the family asks for donations to the Lustgarten Foundation, 1111 Stewart Ave., Bethpage, NY 11714 or www.lustgarten.org. A funeral mass will be held on January 16 at 12pm at the Church of the Little Flower (Upper Church) 110 Roosevelt Ave., Berkeley Heights, New Jersey.