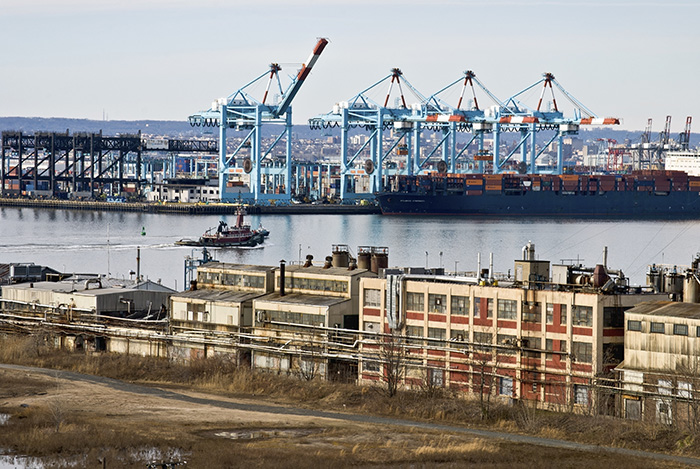 APM Terminals in the Port of New York and New Jersey says it is planning to launch its new appointment system — the port’s second — in late July or August, to help ease the stress on the terminal as cargo volumes surge for the peak season.

APM’s appointment system, following the launch of the port’s first such reservation system at GCT Bayonne in December 2016, is one of two in the pipeline at the port. The other is planned for Port Newark Container Terminal, although no launch date has been set. Some truckers, terminal operators, and port officials consider the systems key to ensuring the port can maintain truck fluidity as cargo volumes grow.

The terminal is aiming to have the appointment system “fully bedded in before the next peak season,” said David Gledhill, managing director of APM Terminals. “We need the time between now and then for training and education, both internally and externally.”

The terminal said in November, as it faced rising truck congestion and rail dock dwell times, that it would move the planned launch date of the appointment system forward by three months to March, to help reduce cargo pick-up and drop-off times.

Gledhill said Monday that the terminal’s operation was “pretty much back to normal.” Turn times are around 60 minutes, and “most of the backlog of rail boxes has been cleared with a few stragglers” remaining, he said.

Fluidity through the port decreased dramatically in the early part of the year, after cargo volumes increased by 26 percent in the fourth quarter over the quarter before. The surge stemmed in part from the decision by Zim Integrated Shipping Services to partner with the 2M Alliance of Mediterranean Shipping Co. and Maersk Line, shifting cargo to APM that previously would have gone through neighboring Maher Terminals.

New York-New Jersey, like other ports, saw cargo rise dramatically at the end of 2018 as shippers rushed to import goods from China before tariffs increased from 10 percent to 25 percent at the end of the year. New York-New Jersey handled 6.5 percent more loaded cargo in 2018, 5.01 million loaded TEU, over 2017, and imports from Asia increased by 8.2 percent in the same period, according to PIERS, a JOC.com sister product within IHS Markit.

As the volume of cargo through APM rose, so did turn times. At the end of January, the average double and single moves were taking nearly two hours and 20 minutes, according to data sent by APM to customers last week. But those had dropped to about 40 minutes for a single move and 45 minutes for a double move by the start of March, the data showed.

Sam Ruda, acting ports director for the Port Authority of New York and New Jersey, said the agency had seen the improvement in turn times and rail dock dwell times and welcomed them. He said the change stemmed in part from APM's "close interaction with railroads, shippers and carriers" and daily contacts with the authority's intermodal rail management team and weekly conference calls with the authority. The result was an "an operational plan that is reliable and works for all stakeholders," and addressed "operational deficiencies," Ruda said.

To combat the increase, the terminal brought in new equipment, extended gate hours, diverted ships to other terminals, and sent rail cargo by barge to Norfolk, where it was loaded onto freight trains. Rail imports also were drayed to rail terminals near the port.

Three ships were diverted to other terminals last week, and APM received two additional empty trains from Norfolk Southern. The terminal on Wednesday received another barge taking containers to Norfolk.

Gledhill said he did not expect the terminal to need another barge.