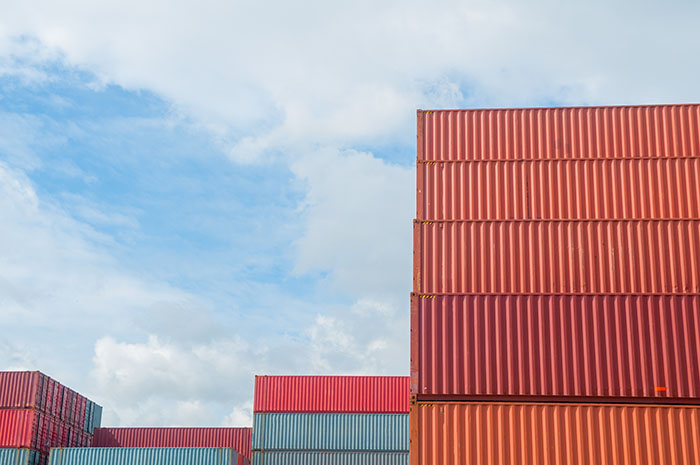 Today, xChange hosts just over 100 users on its platform — 18 of the top 30 ocean carriers, 10 container leasing companies, 30 containers traders, as well as  non-vessel-operating common carriers and shippers. On average, capacity booked on that platform increases 20 percent month to month.

Avantida, Matchback Systems, and Quick180 among others, pair exporters with importers to reduce the number of empty container moves in the supply chain. But xChange appears to be the only platform targeting empty capacity globally, whereas the other platforms are either within the United States or Europe.

The platform, which already has a presence on the intra-Asia, Asia-US, and Asia-Europe trade lanes, is looking to expand its reach and is already expanding its offerings, introducing a new feature that allows users to track containers’ latest status and location of containers booked through the exchange.

The reason growth is so strong today is two-fold, said Johannes Schlingmeier, head of xChange. In the first place, xChange thought big. It has not limited itself to the container imbalances just in the United States or just in Europe. And in the second place, after struggling to find a foothold in the industry when it first launched, xChange recalibrated. It streamlined its product and made it more accessible, instead of trying to sell the same product with different marketing.

“This is all true of any startup or any company out there in a new market,” Schlingmeier told JOC.com. “Everything could be much faster. We help it move much faster. Why did it even take effort to sell the product? We certainly underestimated the industry.”

According to Schlingmeier, when xChange was first launched in 2015, a product of global management consulting firm Boston Consulting Group, the xChange team thought they had mapped out the road ahead.

“There are very regular cases where empty containers are shipped around the world costing tens of billions of dollars a year. Quite a few of these containers are moving because of the container imbalances,” said Schlingmeier. That is, the majority of container repositioning is the result of global trade imbalances: countries such as China exporting more containerized cargo than it imports.

“But, almost a third are resulting from company-specific imbalances. We did the math and it was 31 percent,” Schlingmeier said. “And each move costs from $200 to $500 per empty move.”

Schlingmeier and the xChange team thought that by offering a solution at a fraction of that cost, it could easily build a customer base and a business. But Schlingmeier said the company had thoroughly underestimated the industry’s resistance to change, especially self-inflicted change via technology.

A recent survey of 200 executives working for terminal operators, carriers, logistics providers, shippers, and other supply chain companies highlighted the industry’s resistance to such developments. The poll, released in June and compiled by the BPI Network, a professional networking organization, and three shipping industry technology companies showed only 31 percent of those interviewed believed their industry was as good as or better than other industries at adopting new technology. Roughly 51 percent said the industry was “slow to change, but improving.” And 85 percent of shippers and consignees said the industry is either “slow to change” or “far behind the curve.”

When xChange was first introduced, the industry balked, said Schlingmeier. First, at the number of xChange’s original users: just eight. “We started with eight companies on the platform and said, ‘Well that’s a market.’ Eight is not a market.” But users also complained the product actually added more steps to repositioning, already a time-consuming and costly procedure.

“We thought, ‘There’s a savings potential for a company, so why not do it?’ But we ultiimately had created more interchanges for them, more work for the users,” he explained. “So, we’ve spent the last months making it easier, making it simpler, not just cheaper. You need to make your users life easier, easier and better.”

xChange’s story is not remarkably different from the uphill battle other tech startups face in the logistics industry, Schlingmeier said. Its success is. Instead of changing the conversation around a product that was not selling well, the company changed the product, revamped it, made it easier to approach and access.

“Logistics still has quite a lot of blank spaces. There’s ways to go when it comes to data integration,” Schlingmeier said. “But we need to make the operations on the users easier, not just better.”