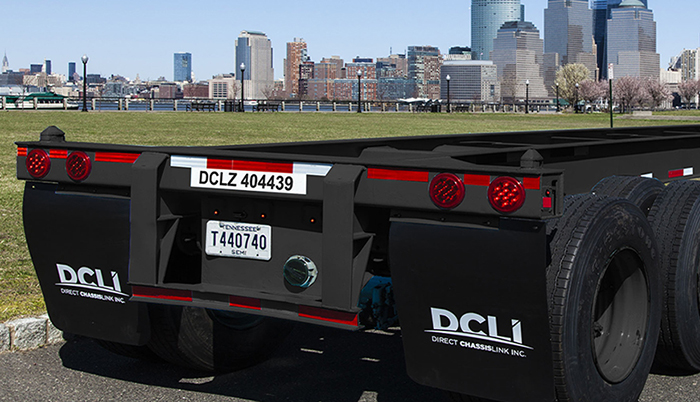 Two chassis providers in the Port of New York and New Jersey will share their chassis fleets in a common pool after failing to agree with TRAC Intermodal on a port-wide pool that would be available to all truckers.

Flexi-Van Leasing and Direct ChassisLink Inc. (DCLI) said that beginning about June 1, all 8,000 chassis from their competing pools will be available to truckers through a “pool of pools” similar to one used since early 2015 at the ports of Los Angeles and Long Beach.

However, the New York-New Jersey deal does not include TRAC’s regional Metro Pool, which controls two-thirds of the nearly 30,000 chassis in the port area. TRAC will continue to operate its pool separately from the other equipment providers.

This means that as the East Coast’s largest port prepares to handle larger ships after the raising of the Bayonne Bridge roadway, it still won’t have full chassis “interoperability,” or universal availability of chassis.

TRAC, Flexi-Van, and DCLI now operate competing pools that don’t share equipment. Truckers frequently must make an extra stop to switch to a chassis from a different pool specified by a customer. This adds to traffic congestion and slows cargo pickup and delivery.

Efforts to form a port-wide pool recommended by a 2014 port performance task force have been stalled by bickering among equipment providers and by issues surrounding International Longshoremen’s Association (ILA) jurisdiction over equipment maintenance and repair.

TRAC CEO Keith Lovetro proposed a centrally managed cooperative pool, in contrast to the Los Angeles-Long Beach “pool of pools” in which each equipment provider retains its chassis fleet separately. DCLI CEO William J. Shea said TRAC made a “valiant effort” to accommodate the other lessors’ requirements for the market pool’s rules on governance and operations. However, he said DCLI’s decision to instead join in a pool of pools was driven by customers’ operational considerations.

Flexi-Van and DCLI said their Asset Sharing Program-Northeast “will facilitate a free-flow interchange of existing chassis fleets currently being operated in separate pools by DCLI and Flexi-Van, and result in greater efficiency and chassis interoperability throughout the port.”

The two equipment providers said they “will continue to manage their respective pools independently, establish their own proprietary rates for daily chassis usage, and compete openly with each other for customers.” They said they will welcome additional equipment contributors that meet contractual and insurance requirements.

Labor jurisdiction has been a delicate issue in efforts to change the New York-New Jersey chassis model.

Flexi-Van employs ILA maintenance and repair labor under a longstanding contract with Local 1804-1. TRAC and DCLI hire contractors that use ILA labor, and have pledged to continue to do so, but the providers have balked at union requests for a contractual relationship.

The ILA’s concerns could spill over into the next round of coastwide contract negotiations. The union has watched uneasily as container lines, which are signatories to its master contract, have sold most of their chassis to third-party lessors. The ILA is concerned that without contractual commitments, union jurisdiction could be threatened if the lessors’ ownership changes.

Lovetro told JOC.com in February that TRAC had reached a “commercial agreement” with the ILA pledging that the company will continue to have its equipment maintained and repaired by contractors that use ILA labor. Shea said DCLI, which also uses ILA-contracted vendors, plans to sign a similar agreement with the union.

Efforts to revise the chassis supply model in New York-New Jersey come as many truckers have been buying or leasing their own chassis in order to protect themselves against rising rental costs from lessors, and to ensure availability of roadworthy chassis when they need it.

TRAC signaled Wednesday that it will emphasize equipment quality and market coverage in competition for customers. TRAC said more than 30 percent of its Metro Pool chassis fleet had been refurbished with LED lights, and new tires and rims, electrical systems, brakes, airing systems, and other features.

“The significant size of our customer base creates a tremendous opportunity for our customers to interoperate our equipment on over 80 percent of the containers moving in the region. A motor carrier can use our chassis for the vast majority of customers in the market,” Lovetro said in a statement.