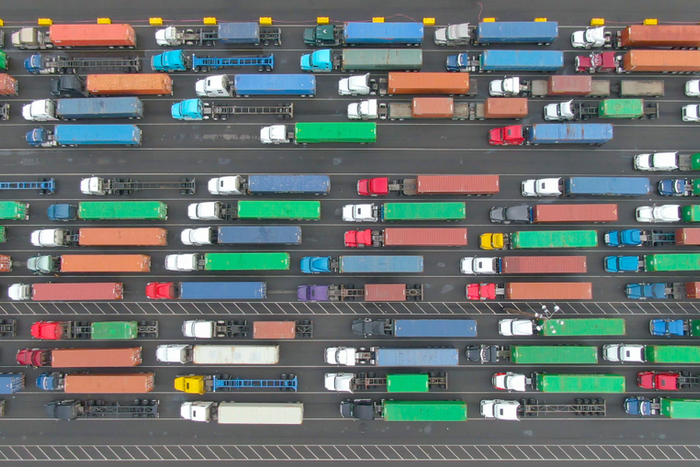 Voyage Control, a technology supplier to two terminals in the Port of Los Angeles, on Thursday opened a new application marketplace designed to allow users to tap into direct integrations with partner software providers in Southern California’s container complex.

An example of the utility of such a marketplace, also unveiled Thursday, is an application programming interface (API) connecting Yusen Terminals (YTI), one of the Voyage Control customers, with drayage transportation management systems (TMSs). Voyage Control provides YTI with an appointment system for drayage providers, and the API allows drayage providers to be notified of container availability directly through their TMSs.

The availability API was trialed at YTI with TMS provider Compcare Services and drayage provider Tradelink Transport. Along with Voyage Control, all four companies are members of the Harbor Trucking Association (HTA), which has made the proliferation of APIs in the Southern California port complex a key initiative.

Tradelink vetted the efficacy of the API, and will be offering it to all its customers moving containers in and out of YTI, Compcare CEO Jim Hickman said in a statement.

James Swanston, CEO of Voyage Control, told JOC.com that API usage and software integrations are the norm in other industries and are becoming more prevalent in container logistics as the industry copes with the need for visibility and as e-commerce becomes a larger source of end-customer orders.

“The use of integrations has brought immense benefit in some of the other sectors we work in globally,” said Swanston. Voyage Control also provides software for construction, events, and facilities management clients.

HTA CEO Weston LaBar, in particular, has been championing the need for APIs, interoperability, and common data standards in the two ports’ terminals and the systems they use so drayage companies can have a consistent experience across the range of terminals in Los Angeles and Long Beach.

“The core mission of the HTA is to make the lives of our members easier,” LaBar said in the statement. “We have taken an ecosystem approach to optimizing the supply chain. As an industry, we need to abandon the siloed approach of yesterday and embrace collaboration that benefits all stakeholders.”

The Voyage Control marketplace is intended to be a step in that direction in that it connects logistics-specific software, such as Compcare, with the terminal operating system provider Navis, and the intermodal and trucking fuel software provider Trinium, as well as multipurpose enterprise software such as the payments platform Stripe, Microsoft Power BI, and the mapping software HERE.

The marketplace will also be open to non-partner developers to build API-based integrations.

The availability API will be followed by integrations for pre-advise information, where drayage providers give advance notification that a specific container will gate-in for a specific vessel, as well as information regarding appointments and gate transactions, HTA said in the statement.