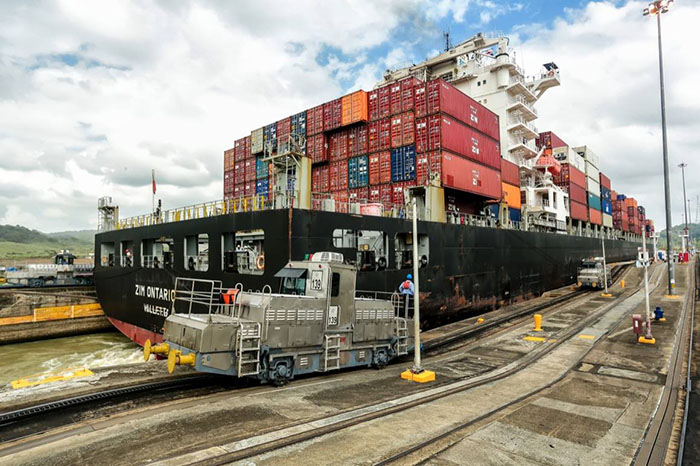 The terminal will have an annual capacity of 2.5 million twenty-foot-equivalent units, quay length of 3,937 feet and depth of 59 feet with additional land that opens up the possibility of energy projects or liquefied natural gas facilities.

To be located on the Atlantic entrance to the Panama Canal, the Colon terminal will handle the post-Panamax ships that will use the enlarged canal when it is opened June 26. The larger canal can handle ships of up to 14,000 TEUs compared with 4,500 TEUs to 5,000 TEUs previously.

On the Pacific side, the canal authority has approved APM Terminals, Terminal Link, Terminal Investments Ltd., and PSA International as bidders for a concession to build and operate a container terminal at Corozal.

As with the Balboa terminal across the canal, operated by Hutchison Port Holdings, the Corozal terminal will have access to the Panama Canal Railway connecting Balboa with the three terminals on the Atlantic coast: SSA Marine-operated MIT, Hutchison-run Cristobal, and Evergreen-run Colon Container Terminal.

Also on the Pacific side of the canal and lacking rail access is the PSA Panama International Terminal, which is currently being expanded.

Beijing-based Port Design Institute will design the berths and China Communications Construction Company is managing the construction of the project, estimated to be worth $900 million.

Parcel vs. LTL: Managing Big and Bulky Shipments Without Breaking the Bank
Global Shipping Outlook: What Will 2022 Hold?
Port Performance North America: When Will the Bottlenecks Ease?
END_OF_DOCUMENT_TOKEN_TO_BE_REPLACED

Could Melio be key to post-corona success?
END_OF_DOCUMENT_TOKEN_TO_BE_REPLACED