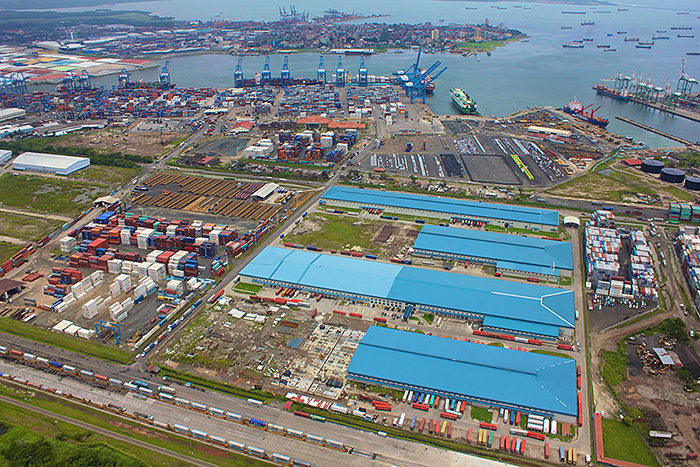 Widespread predictions that an expanded Panama Canal will set off a boom in Panamanian transshipments are unlikely to pan out, according to port analyst Asaf Ashar.

“The assumption is that as ship sizes grow dramatically, the incidence of transshipment also will grow dramatically. This is not happening,” said Ashar, research professor at the Ports and Waterways Initiative of the University of New Orleans.

Many industry analysts expect the canal expansion to generate double-digit growth in transshipments at or near the canal. But Ashar said transshipment will grow at a slower rate, and that much of the increase will be at non-Panamanian ports such as Cartagena, Colombia.

Transshipment growth will be dampened by the growing dominance of carrier alliances, Ashar said. Alliance power, larger ships and dredging of secondary ports are leading container lines to continue direct calls that once seemed likely to be replaced by hub-and-spoke transshipment.

Ashar outlined his argument in a presentation to the TOC Americas port conference last month in Panama, where transshipment terminals are being expanded in anticipation of the scheduled opening of new locks at the canal.

The new locks will handle ships with capacities of up to 12,000 to 14,000 twenty-foot-equivalent units, nearly triple the TEU capacity of the largest container ships that can transit the canal’s existing locks. The $5.25 billion project is expected to be completed in April.

As carriers form alliances in order to fill mega-ships, they’re more likely to reconfigure direct services by adding or dropping port calls than to dramatically increase transshipment, Ashar told JOC.com. He said global transshipment levels have stalled at about 30 percent of total volume

Ashar cited Asia-Europe routes, where the 2M and G6 alliances’ large ships now directly call Baltic ports previously served by transshipment. In the U.S., the CKYHE and 2M alliances now call Baltimore directly with cargo that once would have been trucked or barged from Virginia or other ports.

“Alliances can put together more traffic, and more traffic usually justifies more direct calls,” he said. “If you have two parallel services with slightly different port calls, it makes sense to put them together.”

For example, an alliance may replace two partly or wholly parallel strings of 4,500-TEU ships with one 9,000-TEU string, and add an extra ship or two to maximize coverage.

That has happened on a larger scale in the Asia-Europe trade, where the 2M Alliance’s AE10 service extends into the Baltic and calls 14 ports, compared with about 10 for most Asia-Europe services. Ashar calculates that the 2M offers 1,036 port pairs, compared with the 799 for Maersk Line and MSC before they formed their alliance.

Not every port will emerge a winner in such a scenario. Some secondary ports’ current services exist primarily because of unique relationships with an individual carrier. Alliances may find it easier to abandon such a direct call, Ashar said.

“Alliances give carriers more freedom to offer direct services. Some second-tier ports may survive with direct calls. Others may not.”

On the other hand, some ports could gain direct services. Instead of calling two ports with separate 4,500-TEU strings, a carrier might opt to concentrate its traffic at one port and serve the other by truck or regional feeder. Or, if there’s enough volume, an alliance might provide a direct service with smaller ships.

Route consolidation is especially likely on the west coast of South America, Ashar said. Hapag-Lloyd and Hamburg Sud plan to deploy 10,500-TEU ships that will have slots for more than 2,000 refrigerated containers.

Ports are deepening harbors to handle these larger ships. Ashar expects the ships to concentrate their calls at major ports such as Callao, Peru, and to serve secondary ports such as Guayaquil, Ecuador and Paita, Peru by feeders from ports along the South America coast.

“There will be transshipment, but the question is where it will be done,” Ashar said. “Will it be in Panama, or Cartagena, or, in my judgment, more likely down the coast in South America?”

He said rapid growth in ship sizes casts doubt on prospects for large-scale transshipment at the canal between high-volume east-west routes and north-south services.

“If you have 18,000- or 20,000-TEU ships, it makes sense to have a round-the-world service and transshipment connecting with smaller ships,” he said. “But because the canal will allow only 14,000 TEUs, we’re unlikely to see it in our time.”

There are some consultants

Permalink Submitted by usmma73@gmail.com on Nov 13, 2015 10:18AM EST
There are some consultants who make a living providing contrarian points of view. The views expressed by Mr. Ashar don't match up with the majority of the industry.
Port News›Panama Canal News
Caribbean
Central America›Panama