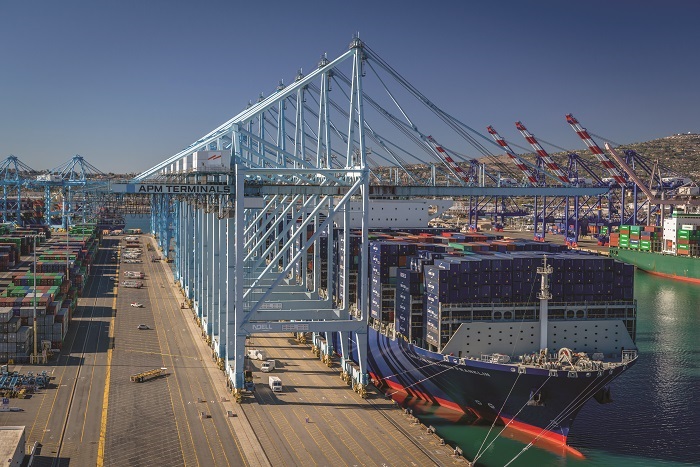 Driven at least partly by the truck capacity shortage and escalating transportation costs, marine terminal operators in North America are expanding their logistics services inland, saving beneficial cargo owners (BCOs) and their truckers time and money and securing more cargo for themselves.

Terminal operators are expanding beyond waterside operations by servicing intermediary container drop-off and pick-up locations that can be 100 miles or more from the ports. This saves BCOs and their truckers time and money by significantly reducing the distance that drivers must go to drop off or pick up containers. Drivers are also reducing their exposure to congested roadways and eliminating the need to call at congested marine terminals, thereby getting more revenue moves per day.

Terminal operators are choosing one of two models to extend their reach inland. They are either investing their own money in logistics operations, inland facilities, and trucks to serve their BCO customers, or they are partnering with logistics providers, motor carriers, and railroads who serve the same BCOs that are moving their containers through the terminals.

DP World and PSA are extending their control over the supply chain through strategic investments in logistics company acquisitions in overseas locations such as India and Peru. Such moves are not being made so much to diversify sources of revenue as to enhance the port or terminal operator’s relationship with BCOs, improve service, and thereby build BCO loyalty to the port or terminal, said Lars Jensen, CEO of SeaIntelligence Consulting.

The terminals' extended control of the supply chain comes as ocean carriers have increased fees for BCOs as much as $300 per container for existing contracts, in an attempt to recoup higher surface transportation costs.

At North American ports, where inland logistics is more advanced, some terminal operators are simply tightening their ties with their ocean carrier affiliates and the carriers’ logistics partners to increase cargo velocity to inland locations. Others are investing in and taking control of logistics assets. Either way, BCOs support this development.

“This trucking crisis cannot be overstated,” said Peter Friedmann, executive director of the Agriculture Transportation Coalition. Extending the reach of marine terminals inland is no longer an option. “They have to do it. You just can’t get a truck today at an affordable price,” he said.

SSA Marine, which operates Oakland International Container Terminal, set up an inland container facility at French Camp, California, about 70 miles from the port and within easy reach of agricultural exporters in California’s fertile Central Valley. Growers truck their containerized produce to French Camp, and SSA’s subsidiary Shippers Transport Express trucks the containers to the Port of Oakland.

Ed DeNike, president of SSA Containers, said the exporters and their truckers are pleased with the operation because drivers are able to get at least two turns per day, which increases their earning power, and agricultural exporters are not impacted as much by the truck capacity shortage. Furthermore, although the project was envisioned as a facility to serve exporters, SSA is moving a growing amount of import cargo for BCOs in Northern California and Nevada. The importers and their truckers likewise benefit from shorter hauls for their containers.

APM Terminals is partnering with BCOs and railroads to extend its inland reach. Jeremy Ford, head of commercial at APM North America, told the JOC at the annual TPM conference in Long Beach in early March that its rail product is saving customers four to six days in transit to destinations in the Midwest by expediting the flow of rail cars from the APM terminal in New York-New Jersey.

APM is also partnering with Wal-Mart, which recently opened a 2-million-square-foot facility near its terminal at the Port of Mobile, to customize services for the large retailer. Ford said it is a two-way process in which APM and Wal-Mart learn to better understand each other’s operations in order to improve cargo velocity.

In its interactions with BCOs around the world, APM has learned that their greatest need is for data that they can use to follow the progress of their shipments and better plan for when the containers will be available for pickup at the terminals, Ford said. BCOs want actionable data in a format that they can access via their existing information systems. APM continues to roll out information systems that reduce the impact of the marine terminal as a black hole and increase shipment visibility for BCOs, he said.

SSA is looking to replicate its Northern California inland service with a similar product in Southern California’s Inland Empire. While the initial intention would be to expedite the movement of inbound containers from Los Angeles-Long Beach to importers in the region, it is likely that export cargo would also be attracted, DeNike said. From SSA’s perspective, the most efficient way of making such products work is for the terminal operator to invest in and control the assets on both ends of the move, he said.

Rail-served facilities are also being developed by operating ports, such as Charleston and Savannah in the Southeast, Friedmann said. These inland ports serve importers and exporters by opening inland locations to cost-effective transportation to the inland distribution hubs, he said.

The key to any product that connects the marine terminal with an inland site is to manage the flow of containers from the vessel, through the terminal and on to the destination in a predictable, reliable manner, said Dan Smith, a partner in the Tioga Group. “It does not matter in principle who does which task, as long as they get done in a coordinated fashion. It does make it easier to coordinate if you own more of the pieces,” he said.

At present, BCOs on one hand and terminal operators on the other do not have true visibility into each other’s operations, so neither can accurately plan for the needs of the other party. This results in a random arrival of trucks at the terminals, which contributes to port congestion. The advent of port information portals, such as the Port of Los Angeles-GE Transportation and Advent Intermodal Solutions portals that provide access to all port users through a single platform, could ultimately provide the cargo visibility and predictive container availability functions that BCOs and terminal operators are looking for, Smith said.