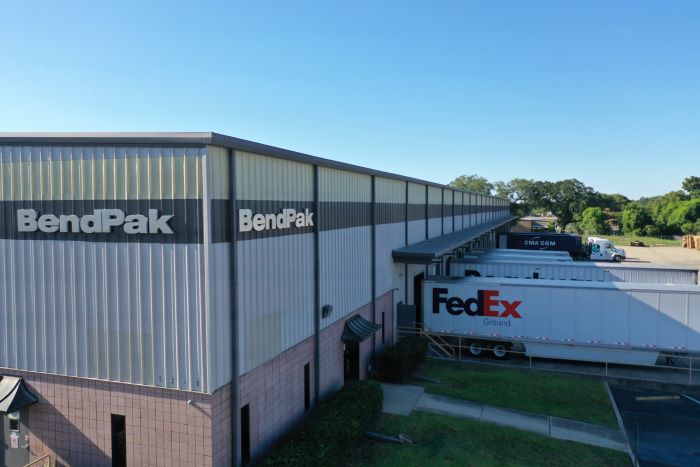 A new distribution center for auto lifts is expected to boost container throughput at the APM Terminals facility in the Port of Mobile.

Lift maker BendPak’s new 100,000-square-foot distribution center, located 11 miles from the port in Theodore, Alabama, will allow the Santa Paula, California-based firm to offer one- and two-day shipping to customers in the eastern half of the US, the company said in a joint statement with APM Terminals Mobile.

Denson White, commercial director at APM Terminals Mobile, acknowledged that BendPak, which is expected to bring in about 20 import containers per week, does not compare to the port’s major shippers, which include Walmart and Airbus. But the ability to attract any new business in the current market is a plus.

APM Terminals Mobile in March completed a $50 million expansion that included extending its dock to handle two super post-Panamax ships at one time and upgrading its fendering system so it can handle 14,000 TEU ships, “which I think we’ll eventually see,” Lyons added. But before those ships can actually begin to call the port, Mobile will need to deepen its harbor to 50 feet, work for which is expected to begin at the end of 2020.

In addition to four weekly services connecting Mobile with Asia, low-cost land, and ample drayage and chassis availability, Lyons said he believes the port can offer a more personal touch to smaller shippers than some of its competitors in the US Southeast.

“Being a smaller gateway, we are able to provide much more personalized services,” Lyons said. “A mid-size importer can get the same attention that anyone else gets.”

Total container throughput in Mobile jumped 23 percent year over year to 89,725 TEU in the first quarter of 2020, according to PIERS, a sister company of JOC.com within IHS Markit. Imports grew 12 percent, while exports surged 41 percent.

That growth was driven by the much larger fish that Mobile caught in 2018. Walmart, for example, opened a 2.6-million-square-foot site in August 2018 that now moves about 55,000 containers per year through the port.