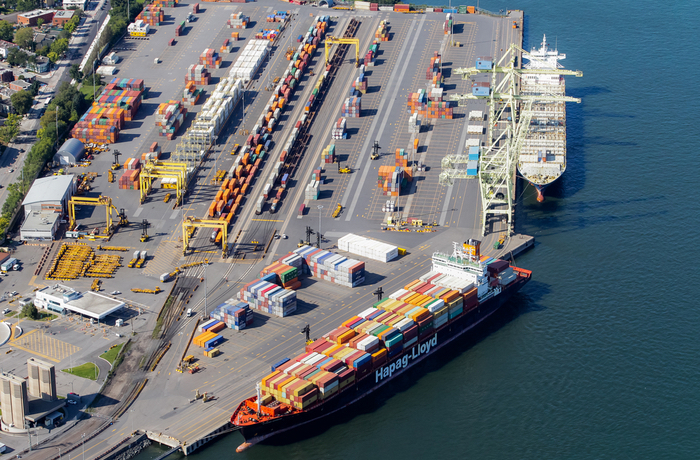 Montreal longshore workers can now strike if they want after an industrial relations board ruled the port wasn’t an essential service to the region, but longshore workers say they have agreed to return to contract negotiations with employers rather than flexing their ability to walk off the job.

The Canada Industrial Relations Board on June 8 ruled that the Maritime Employers Association (MEA) hadn’t demonstrated that a strike would cause enough risk to public safety and security, pointing to alternative routings and modes for cargo transport to the Montreal region if longshore workers did strike. The ability to strike could give the longshore workers' union Canadian Union of Public Employees (CUPE) Local 375 more leverage in its negotiations with employers for a future contract.

In a statement to JOC.com, CUPE said it has no plans to strike in the “near future” and that its negotiators were ready to return to talks with employers. CUPE said the main issues that need to be resolved in the next contract are strained relations with employers and scheduling.

MEA said in a statement it didn’t expect CIRB to rule as it did and “we remain convinced that the continuity and stability of the logistics chain is of the utmost importance.” Even so, the employers say their focus is now on negotiations.

The six-year contract between port workers and employers expired Dec. 31, 2018. Approximately two months earlier, the MEA filed a complaint with the industrial relations board, arguing that the Port of Montreal should be considered an essential service, and therefore not subject to a strike or a lockout. Last December, CUPE Local 375 sought — and was granted — authority from the rank and file to go on strike if necessary.

Talks at the port have been contentious in the past. The union rank and file in July 2010 authorized a strike “at an opportune moment,” after 18 months of negotiations to renew the 2005 agreement. Two days later, the employers locked out longshore workers for several days, prompting some ocean carriers to divert ships to the Port of Halifax.