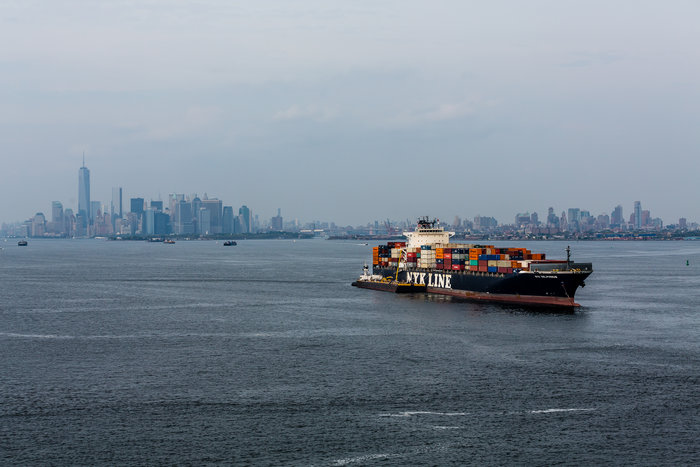 Port of New York and New Jersey employers and dockworkers are unified in their opposition to the Waterfront Commission of New York Harbor.

New Jersey has approved the latest in a series of legislative efforts to rein in the Waterfront Commission of New York Harbor, an anticrime agency criticized by labor and employers at the East Coast’s largest port.

Republican Governor Chris Christie of New Jersey signed legislation Monday to allow the governors of New York and New Jersey to veto commission actions within 10 days after receiving the agency’s meeting minutes, and to approve commission hiring of lawyers, consultants, and auditors.

However, since the commission is a bistate agency, the bill will not take effect unless New York enacts a similar law — and this has proven a tough climb for previous New Jersey-approved efforts to curb the bistate commission's authority.

The International Longshoremen’s Association (ILA) and the New York Shipping Association (NYSA) have been trying for a decade to persuade New York lawmakers to concur with a New Jersey law to revoke the commission’s power to control the size of the port’s longshore workforce.

Industry-commission disputes have raged for years. The ILA and NYSA have accused the commission of overstepping its authority to combat crime on the docks. The commission said it is carrying out its responsibility to fight racketeering and ensure fair hiring.

ILA President Harold Daggett has called the commission an “evil empire” and urged its abolition. The NYSA has never objected to the commission’s law enforcement work, but has said port companies should be able to decide how many workers are needed and when they should be hired.

In 2013 the ILA, the NYSA, and the Metropolitan Marine Maintenance Contractors Association filed an unsuccessful lawsuit accusing the commission of illegal interference in dockworker hiring. The lawsuit filed months of bickering in which industry and commission officials blamed each other for delays in hiring dockworkers needed to alleviate labor shortages.

Criticism of the commission has been strongest and most persistent in New Jersey, where more than 80 percent of the port’s cargo is handled and most of the port’s dockworkers live. The bill that Christie signed passed both legislative houses without a dissenting vote.

In 2015 New Jersey lawmakers voted to withdraw the state from the commission and transfer the agency’s duties to the state police. Christie vetoed that bill as unconstitutional, but said he was sympathetic to industry complaints about the commission.

In signing the latest bill, Christie said he would direct the commission to review and update its bylaws within 90 days. He said the current bylaws were last updated in 1975 and do not properly delineate decision-making authority between the commission and its staff.

Christie said he had urged the commission in 2015 to modernize its practices. “Since that time, however, the commission has continued to expand its jurisdiction and allowed brief but damaging labor shortages at the port,” he wrote in his signing letter.

Phoebe Sorial, the commission’s general counsel, said commission officials were aware that the New Jersey legislation would be enacted, but she noted that it also requires New York’s approval before it can take effect.

“As to the request for updated by-laws, there are strict statutory requirements and policies in place which extensively govern the way substantive decisions are made,” Sorial said. “The commission has worked tirelessly to anticipate and cover labor shortages even before they arise. We are in the process of responding to the governor’s comments regarding that issue.”

The ILA said in a statement that Christie “correctly noted that the commission failed to heed his directive to improve port commerce and instead expanded its jurisdiction while allowing damaging labor shortages.”

NYSA President John Nardi said the latest action is “long overdue. We’ve been saying all along that all entities in the port need to modernize, and this is a part of that modernization.”

New York-New Jersey has been gearing up to handle increased volumes from larger ships following the raising of the Bayonne Bridge, which now has a 215-foot vertical clearance that will accommodate ships with capacities of up to 18,000 TEU.