Long recovery ahead for West Coast ports in aftermath of settlement

Long recovery ahead for West Coast ports in aftermath of settlement 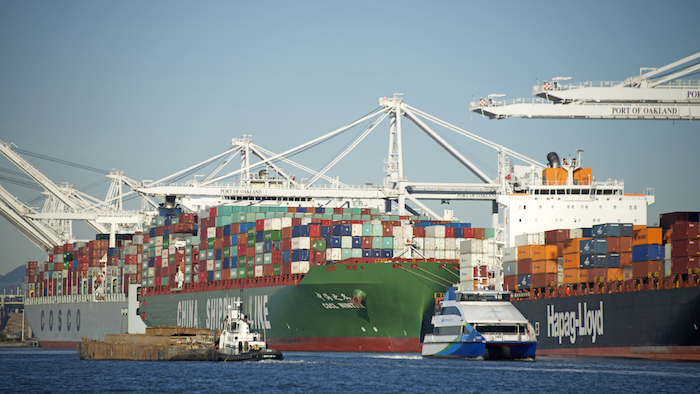 The tentative coastwide contract agreement that was reached Friday evening by the International Longshore and Warehouse Union and the Pacific Maritime Association, while most welcome, is just the beginning of a long process West Coast ports must endure to recover from the backlog of containers and vessels that have overwhelmed their operations the past four months, and to restore trust among shippers.

Industry experts agree that it will take months for Los Angeles, Long Beach, Oakland, Seattle and Tacoma -- all among the 10 largest ports in the U.S. -- to return to “normal” operations.

Even then, the old normal will not be good enough to accommodate the cargo surges that occur each week as vessels with capacities of as many as 14,000 20-foot containers descend upon West Coast ports. In fact, the brutal irony of the ILWU work slowdowns, and the PMA’s response of restricting night and weekend work, is that these actions compounded problems that were already occurring anyway because of the arrival of big ships operated by expanded carrier alliances.

The Port of Oakland stated Friday in a press release that it will take Oakland and other West Coast ports six to eight weeks to recover from the cargo backlog. Some industry analysts might say that is an ambitious schedule, given the magnitude of the cargo and vessel backlog at West Coast ports. Some say three months is a more realistic goal.

Furthermore, the tentative contract must now be ratified by the memberships of the ILWU and the PMA, a process that can take several weeks. In past contracts that were marked by work slowdowns, the ILWU did not immediately return to historical productivity levels. This time, the ILWU and PMA reportedly committed to return to full productivity and manning levels immediately. The coming week should determine if both sides are serious about their commitments.

The ILWU and the PMA were not immediately available to answer these and other questions. Will the union in Seattle, Tacoma and Oakland return to historical crane productivity of 26-28 container moves per crane, per hour that was cut in half by work slowdowns beginning in October that the ILWU adamantly denied it orchestrated? Will employers immediately spend the extra money needed to hire full work crews for night shifts and weekends, even though premium pay is required for all work outside of the normal 8 a.m. to 5 p.m., Monday-through-Friday shifts?

West Coast ports may actually get a breather soon because the vessels that left Asia this week before Chinese New Year celebrations began will hit U.S. shores in early March. The ports will then have about three weeks of significantly-reduced cargo volumes while factories in Asia are closed for the celebrations, and this could give them a running start at working off the container backlogs that have accumulated in recent months.

West Coast ports will then have to face a harsh reality: importers and exporters, disgusted by months of fruitless contract negotiations, port congestion and public bickering between the ILWU and PMA, will say enough is enough. Retailers and direct shippers in surveys have indicated they will most likely shift some of their cargo volume to East Coast ports. Southeast ports like Charleston and Savannah, which typically experience little to no longshore labor disruption, saw significant increases in volumes in the second half of 2014 due to diversions. Two-thirds of the U.S. population lives east of the Mississippi River. Many of the large retailers that dominate U.S. containerized imports are based there and have extensive retail store networkers in the eastern half of the country. A permanent loss of some cargo for the West Coast is inevitable. That is exactly what happened after the contentious 2002 contract negotiations.

Cargo interests hope that the five-year contract does not simply maintain the current dysfunctional labor relations process on the West Coast until the next contract is negotiated. Enlightened shippers, carriers and labor leaders will want to use the next few years of labor peace to rework the contract negotiation process, for sure, but also to completely revise the long-standing arbitration process that allows the ILWU to hard-time employers over health and safety claims that oftentimes have no health or safety implications whatsoever.

The PMA highlighted this fact during the heat of the negotiations when it noted that the ILWU lost more than 80 percent of the  claims that were arbitrated during the life of the previous six-year contract.

The burden and responsibility