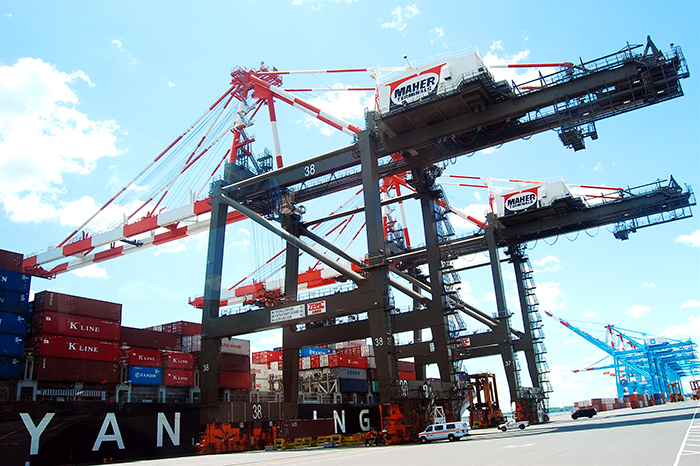 International Longshoremen’s Association President Harold Daggett and four other ILA officials are seeking to quash their subpoenas from the Waterfront Commission of New York Harbor in its investigation of a Jan. 29 wildcat strike at the Port of New York and New Jersey.

In a complaint filed in New Jersey Superior Court for Essex County, the ILA officials contend the commission overstepped its legal authority and violated the union members’ rights. The Waterfront Commission said its subpoenas were justified and predicted the ILA officials’ complaint would be dismissed.

The commission, a bistate law enforcement agency created in 1953 to root out corruption at the U.S. East Coast’s busiest port, has subpoenaed dozens of dockworkers in an effort to pinpoint the cause of the strike, which shut port terminals without warning at 10 a.m. on a busy Friday. The ILA officials’ complaint said that more than 50 ILA members had been subpoenaed.

At the time, many dockworkers told JOC.com they were clueless about the strike’s cause. ILA officials offered no explanation, but said members advised the walkout was aimed at “heavy-handed” tactics of the Waterfront Commission, which has jousted repeatedly with the union and the New York Shipping Association over drug-testing, hiring practices and other issues.

The walkout was short-lived. The New York Shipping Association immediately began grievance procedures that within hours produced an arbitrator’s ruling that the strike violated the NYSA-ILA labor contract. ILA officials urged members to return to their jobs, and work resumed by 7 p.m.

The ILA officials claim the commission described the strike as illegal in order “to paint the job action as criminal so that the (commission) could conduct an investigation in an area outside its statutory authority.”

The officials said the subpoenas violated the Waterfront Commission compact, which states that “nothing contained in this contract shall be construed to limit in any way the right of employees to strike.”

The ILA officials also said the commission lacked authority to question them about other union members’ activities related to a job action, and that the subpoenas violated workers’ federally protected rights to engage in concerted activities for “mutual aid or protection.”

In addition, the officials said the subpoenas violated the New Jersey state constitution by using the subpoenas to seek phone records and other personal information without a warrant.

Phoebe Sorial, the Waterfront Commission’s general counsel, said the subpoenas were issued under “well-settled” statutory authority. “Indeed, over the past eight years since this administration’s appointment, courts have summarily dismissed every single attempt by the ILA to challenge our subpoenas,” she said. “We fully expect that this matter will likewise be dismissed,” the commission said in a statement.

Sorial said it “defies logic that the very same ILA union officials who publicly denied any involvement with the unauthorized walkout are now claiming that the Waterfront Commission’s investigation is interfering with their members’ right to strike, particularly when an arbitrator has already ruled that the work stoppage violated the no-strike provision of the NYSA-ILA collective bargaining agreement.”

“While we cannot yet comment on their personal motivations,” Sorial said, “we find it particularly interesting that the Daggetts and other ILA union officials made no effort to quash any of the other subpoenas that were served on their rank-and-file members with respect to the walkout. They only saw fit to do so when they, themselves, were called in for questioning.”