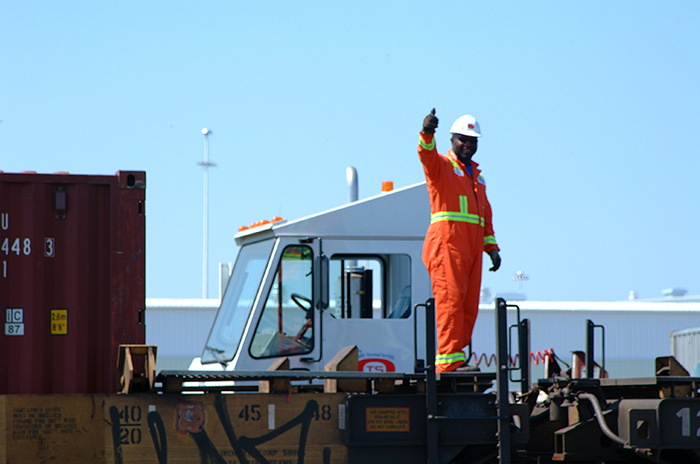 International Longshore and Warehouse Union membership gave a thumbs up to an early contract extension.

The International Longshore and Warehouse Union on Friday announced that early reporting of coastwide election returns show the ILWU rank and file approved a three-year contract extension through July 1, 2022, signaling the potential for strong labor peace at West Coast ports for the next five years.

“Members of the ILWU voted on the employers’ unprecedented contract extension proposal after a year-long debate and democratic process in which every registered longshore worker from Bellingham, Washington, to San Diego, California, had an opportunity to vote,” the ILWU stated.

The subject of a contract extension was first raised in March 2015 at the JOC’s annual TPM Conference, when Pacific Maritime Association President James McKenna suggested that the ILWU consider an extension, and ILWU President Robert McEllrath told him to send the ILWU a formal letter.

The results of the West Coast vote that was taken this past month, which the ILWU expects will soon be formally ratified, will shift the attention of beneficial cargo owners to the East Coast, where the International Longshoremen’s Association and the United States Maritime Alliance have also been discussing the possibility of extending their contract, which is scheduled to expire on Sept. 30, 2018.

The results of the West Coast vote that was taken this past month, which the ILWU expects will soon be formally ratified, will shift the attention of shippers to the East Coast, where the International Longshoremen’s Association and the United States Maritime Alliance have also been discussing the possibility of extending their contract, which is scheduled to expire on Sept. 30, 2018.

“This agreement between the ILWU and PMA will provide the stability and predictability that (National Retail Federation)’s members and other supply chain stakeholders need to move their cargo efficiently through our ports,” NRF Vice President for Supply Chain and Customs Policy Jonathan Gold said in a statement.

Shippers represented by dozens of trade organizations have been encouraging the longshore unions and employer organizations on both coasts to extend their contracts so it will be safe for US importers and exporters to plan their supply chain logistics for the next five years.

Employers on both coasts are keenly aware of the importance of sending to shippers a message of labor stability and cargo-handling productivity. “With this contract extension, the West Coast has a tremendous opportunity to attract more market share and demonstrate that our ports and our workforce are truly world-class. We are fully committed to delivering the highest standards of reliability and productivity for years to come,” McKenna said Friday.

West Coast ports have experienced a steady loss of market share the past 15 years. The loss continues this year. In the first half of 2017, the West Coast’s share of US imports from Asia was 65.6 percent, which was down from 67.2 percent during the same period last year, according to PIERS, a sister product of JOC.com within IHS Markit.

By the same token, given the intense competition among ports on both coasts for market share, a guarantee of labor peace will promote growing cargo volumes and jobs for the ILWU and the ILA. Shippers want to avoid the crippling effects of work slowdowns and stoppages such as occurred during the 2014-15 negotiations between the ILWU and the PMA.

Container volume growth so far this year has been stronger than in previous years, and IHS Markit Senior Economist Mario Moreno projects US imports from Asia, which represent the most highly contested market segment for ports on both coasts, will increase 6.6 percent in 2017.

Global Shipping Outlook: A Sneak Peek at 2021
Port Performance North America: Managing Cargo Flow During a Pandemic — and Beyond
END_OF_DOCUMENT_TOKEN_TO_BE_REPLACED