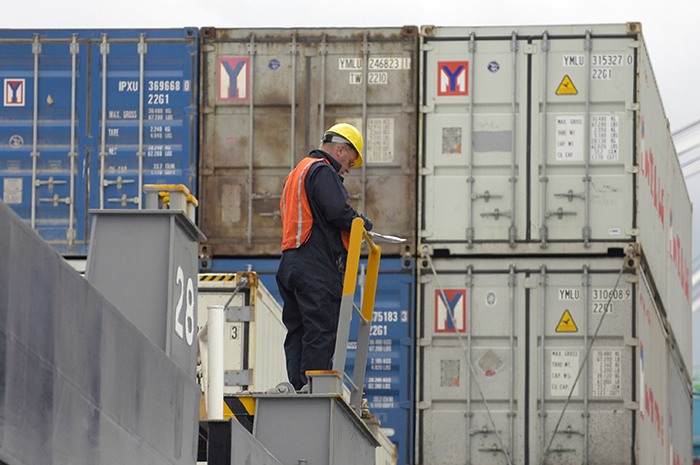 A contract extension would shore up the competitiveness of West Coast ports for Asian imports, which face a new challenge from the larger locks of the Panama Canal.

The International Longshore and Warehouse Union Thursday gave a huge boost to beneficial cargo owners looking for long-term labor stability at West Coast ports by agreeing to meet with waterfront employers to discuss their request for a contract extension.

The ILWU statement, issued from its coastwide caucus of delegates Thursday in San Francisco, was carefully worded to indicate that union representatives will meet with the Pacific Maritime Association and will then report back to the ILWU rank and file before moving forward. “By majority vote on Thursday, delegates voted to enter into discussions with representatives of PMA regarding the concept of a contract extension and report back to the membership,” the ILWU stated.

PMA President James McKenna said Thursday the discussions will probably commence in the next 30 days to 60 days once all of the participants have gotten their schedules in order. He also urged caution, saying the meeting will “discuss a contract extension, period.”

Earlier this week a coalition of 128 organizations representing BCOs and logistics providers sent an open letter to ILWU President Robert McEllrath and McKenna urging them to engage in constructive dialogue in order to avoid the disruptions that plagued West Coast ports during the prolonged and contentious 2014 to 2015 ILWU-PMA contract negotiations. The current coastwide contract will expire on July 1, 2019. The goal would be to extend that contract for a yet-to-be-determined period of time.

McKenna said previously that employers would like to limit the talks to basic contract terms such as wages and benefits. A successful contract extension would send a clear message to BCOs that they can be assured of long-term labor peace. Employers do not want to launch a comprehensive contract re-negotiation that would touch on a wide variety of local and coastwide issues and thereby risk getting bogged down in endless negotiations.

McEllrath on Thursday put the issue into sharp focus. “The caucus made a tough decision under current circumstances amid a wide range of concerns and opposing views on how to respond to PMA’s request. This is a directive to go and have discussions with the PMA and report back to the membership, and we’ll do just that,with the wellbeing of the rank and file, our communities and the nation in mind,” McEllrath said.

The goal of the ILWU and the PMA, as McEllrath and McKenna said at the JOC TPM Conference in March in Long Beach, is to assure BCOs that they should make the West Coast their obvious and preferred gateway for U.S. trade with Asia.

A similar scenario is unfolding on the East and Gulf coasts, where the International Longshoremen’s Association and the United States Maritime Alliance have been discussing an extension of their contract, which will expire on Sept. 30, 2018. However, the ILA has stated that certain issues with the existing contract must be resolved before a contract extension can be addressed.

How to Improve OTIF: 15 Tips for On Time and In Full Delivery
END_OF_DOCUMENT_TOKEN_TO_BE_REPLACED