ILWU may decide in April whether to pursue contract extension

ILWU may decide in April whether to pursue contract extension 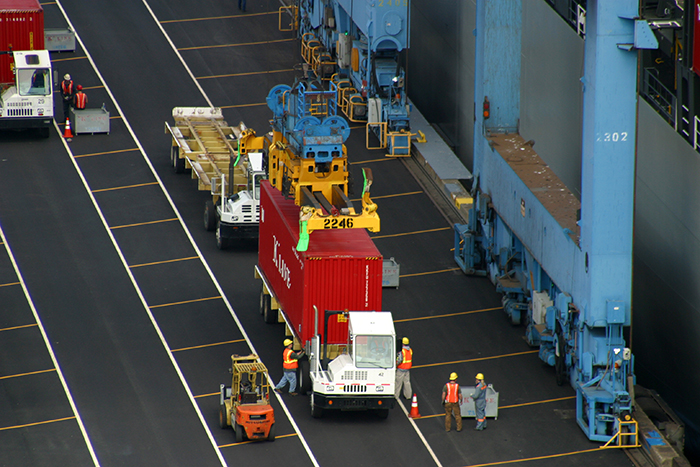 The International Longshore and Warehouse Union (ILWU) and the Pacific Maritime Association (PMA) are continuing to discuss the possibility of extending the existing West Coast contract beyond its scheduled termination date of July 1, 2019, with the next move expected to come during the annual ILWU caucus in April.

James McKenna, PMA president, said Friday employers and ILWU representatives discussed the subject most recently in early March. US West Coast importers and exporters strongly urge employers and the union to extend the existing contract for a few years beyond the 2019 expiration date in order to allow for longer-term planning of their supply chains.

The next step in the process is for ILWU leaders to submit what has been discussed so far to the annual longshore division caucus April 24 to 28 in San Francisco. If the caucus votes to move forward with developing a contract extension, the details would probably be finalized by mid- to late summer, McKenna said. An ILWU spokesperson said the union is not commenting on a possible extension at this time.

Similar discussions on a contract extension have been held sporadically the past couple of years on the US East and Gulf coasts by the International Longshoremen’s Association (ILA) and the United States Maritime Alliance. The ILA contract is set to expire on Sept. 30, 2018.

The push for longshore contract extensions has gained traction since the tumultuous PMA-ILWU contract talks in 2014 and 2015. Negotiators were unable to reach an agreement by the July 1, 2014 expiration date. ILWU work slowdowns began on Oct. 31 and extended into February 2015, and they were met by employer retaliation, with West Coast ports going into gridlock. The actions by both parties ceased when a tentative agreement was reached on Feb. 20, but port congestion continued into the summer of 2015.

Surveying the costly loss of cargo that had occurred, and the pain suffered by importers and exporters, both parties agreed that a repeat of the 2014 to 2015 negotiations would be disastrous for West Coast ports. At JOC’s annual TPM conference in March 2015 in Long Beach, McKenna and ILWU president Robert McEllrath agreed that they would bring the possibility of a contract extension to their respective memberships.

McKenna has stated previously that if an extension is to be reached, contract talks must remain in a narrow range, dealing with basic topics such as wages and benefits. If the agenda becomes too extensive and includes topics such as ILWU jurisdictional issues, it would probably be too difficult to reach an extension, McKenna has said.

On the East Coast, the ILA continues to push controversial issues such as marine terminal automation and jurisdiction over chassis maintenance and repair. The ILA says these issues should be included if a contract extension is to occur.

Dozens of organizations representing importers and exporters on the state and national levels say they develop supply chain strategies that are designed to last for years, so they have urged labor and management on both coasts to extend their existing contracts to ensure labor peace beyond 2020.

UP to rescind surcharges as West Coast flow improves