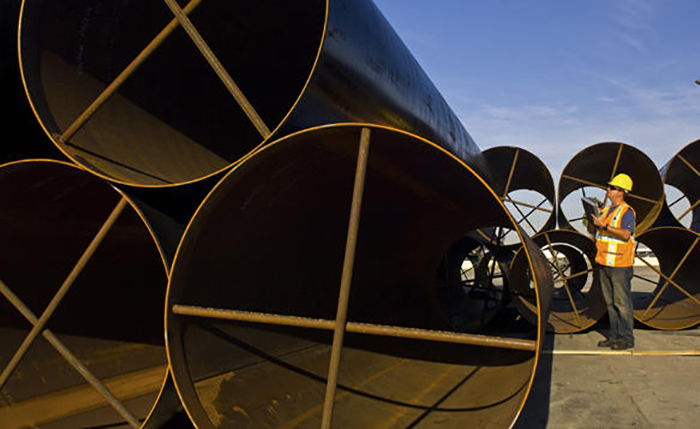 After scoring a second contract for newly organized superintendents, a marine clerks division of the International Longshore and Warehouse Union (ILWU) told its rank-in-file that another terminal was in its sights.

The ILWU marine clerks division in Southern California negotiated its second contract for newly organized superintendents, and in a message to employers, the ILWU boasted in its Nov. 17 newsletter that it has another terminal in its sights.

ILWU Local 63 in late September signed a superintendent contract with Eagle Marine Services (APL) for its terminal in Los Angeles. Last week the ILWU announced that it signed a second contract, this one with Pasha Stevedoring and Terminals.

“The superintendents at Eagle Marine and Pasha, with support from the international and Local 63, have bargained their first contracts. The West Coast Terminal & Stevedore [WCTS] superintendents are close behind,” the union stated in its newsletter. WCTS operates the International Transportation Services (“K” Line) terminal in Long Beach.

Employers at the 12 container terminals in Los Angeles-Long Beach consider the APL contract to be a major development that could lead to the loss of management supervisory control of container terminals on the West Coast. In effect, ILWU superintendents will be supervising ILWU marine clerks or longshoremen. The new Pasha contract involves a primarily breakbulk facility, so the terms of the contract are different than those in the APL agreement and are therefore not expected to establish a precedent for container terminals.

Nevertheless, both cases demonstrate the bare-knuckle environment in which organizing takes place on the waterfront. The process begins with the ILWU seeking pledge cards from a unit of workers at a marine terminal. The results must be certified by the National Labor Relations Board (NLRB). Once certified as a unit of the ILWU, the newly organized superintendents hold negotiations with that particular terminal for a facility-specific contract.

This process for new ILWU units should not be confused with the coastwide contract negotiated between the ILWU and the Pacific Maritime Association (PMA). The coastwide contract covers existing longshoremen, marine clerks, and walking bosses and dates back initially to the 1930s and the formation of the ILWU. The superintendent contract covers newly organized units at individual terminals. The superintendent contracts are not part of the coastwide PMA-ILWU contract.

It is certainly a harrowing experience for labor and management. The ILWU referenced the NLRB hearings in downtown Los Angeles that were involved in the recently signed contracts. “One of the hearings lasted eight days. At the hearings, many of the superintendents had to listen to their managers testify and then had to stand up and testify against their managers, with their managers sitting in the room,” the ILWU stated.

Once NLRB certification was achieved, the battle turned to the contract-negotiating room — and to the marine terminals themselves. ILWU Local 63 in the terminal-specific APL and Pasha negotiations gave the employers a list of demands for the new contracts. Negotiations proceeded, and when an impasse was reached, the ILWU posted picket lines at the terminals. Other longshoremen honored the picket lines and cargo-handling ceased at those terminals.

At that time the new coastwide arbitration system contained in the latest contract kicked in at each terminal, but with different results. In the APL case, the local arbitrator who was called in had been nominated by the ILWU, and he judged that the picket line was  “bona fide,” or legal. The pickets remained there for two days, stopping cargo-handling at the second largest container terminal in Los Angeles at the height of the peak shipping season. The new contract agreement was reached on a Saturday and cargo handling resumed.

The ILWU picketing at the Pasha terminal, which actually took place in August, one month before the APL incident, was handled by an arbitrator who had been nominated by the PMA. That arbitrator ruled that the pickets were not bona fide. The general longshoremen and marine clerks were ordered back to work. The ILWU appealed the Pasha decision involving the legality of the pickets to a three-person arbitration board, but no ruling has been issued yet. Some local employers therefore wondered out loud why Pasha decided to reach a contract agreement without much pressure. The company could not be reached for comment.

Furthermore, some PMA members say the new arbitration system is not working the way it was intended. They note that two incidents of ILWU picketing at two terminals resulted in two different rulings on the legality of the pickets simply because the luck of the draw resulted in one of the arbitrators being nominated by the ILWU and the other by the PMA.

The ILWU is determined to push forward with its superintendent organizing efforts in Southern California. Ray Familathe, ILWU international vice president (mainland), who assisted in the APL and Pasha organizing efforts, said that management superintendents who choose to join the ILWU help themselves and their families and help to grow the union, but the effort contains an element of risk involved. “These workers were at-will employees and had no dispatch hall to fall back on if they were fired,” he said.

Since the ILWU Local 63 organizing efforts are terminal-specific, the PMA at the coast level has remained outside of the developments. However, the PMA in June first publicized on its website what had been an under-the-radar effort to organize the superintendents in Southern California. Implying the loss of management control over the individual facilities, the PMA stated, “These superintendents are considered by the terminal to be members of management, [they] supervise various operations such as the discharge of cargo from each vessel, and in so doing supervise ILWU Local 94 walking bosses.” Historically, the ILWU supervisors, or walking bosses, have been supervised by management superintendents.

All part of the five year