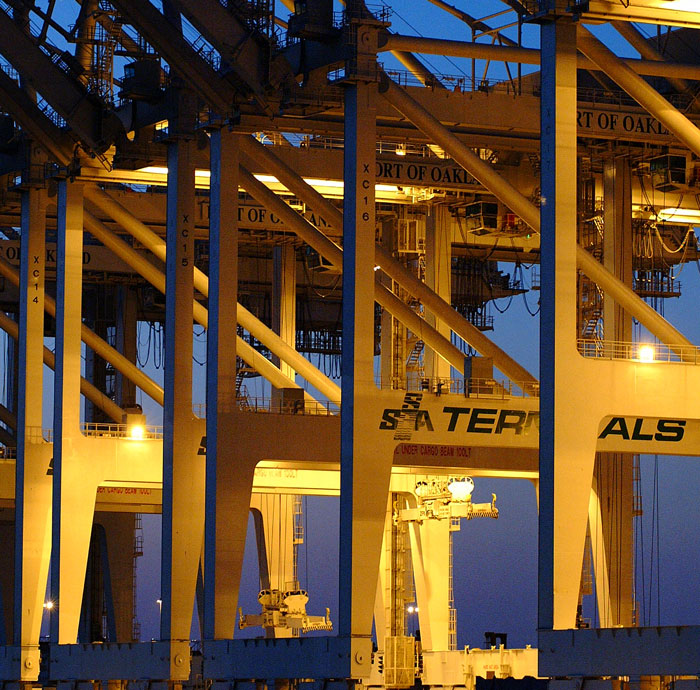 The SSA Marine terminal at the Port of Oakland remained closed Tuesday because longshoremen refused to report to their jobs, even though the anti-Israel demonstrators who had blocked entrance to the facility on Sunday were long gone.

Meanwhile, three additional vessels have docked at the terminal, so the Zim Integrated Shipping Services vessel that was the target of the demonstrators on Sunday and the three new vessels were all idled by what appears now to be a labor-management dispute.

Given the volatility of the situation on Sunday, Oakland police kept both the International Longshore and Warehouse Union and management personnel from working on the vessel.

However, safety conditions improved dramatically on Monday, with most of the demonstrators vacating the site. SSA called for labor for the morning and night shifts, but could not secure enough ILWU dockers to work. SSA called for workers again on the day shift Tuesday, with the same result.

In an official statement late Monday, the ILWU said only about 20 demonstrators were left at the facility. “The community demonstrators, though peaceful, were outnumbered 5-1 by more than 100 police officers from the Alameda County Sheriff’s Office and the city of Oakland,” the ILWU stated.

Rather than feeling safer, the dockworkers felt threatened by the police presence. “In 2003, police fired rubber bullets at demonstrators in similar circumstances and injured several longshoremen who were reporting for work,” the ILWU release stated.

The police left the terminal around 9 p.m. on Monday, and the ILWU agreed to return to work. However, by that time, the shift was well underway, and the employer dismissed the longshoremen, apparently choosing not to pay for a full shift of work when the shift was more than a third over.

SSA then called for longshoremen for the day shift on Tuesday, but they did not show up, leading to speculation that the incident had turned into a pay dispute. Meanwhile, three additional vessels had docked at the idled terminal.

The ILWU is not supporting

Permalink Submitted by davidgriffen@sb... on Aug 20, 2014 4:09AM EDT
The ILWU is not supporting this protest. If you have a choice between working a ship that you will definitely get paid for, and one that you might not get paid for, people are going to go for the sure pay. Arbitrators usually decide, pay no pay. So for now, it's pretty much no pay with disturbances. And, once a ship releases it's gangs (as SSA did, good luck getting paid) that ship, any ship, loses priority to ships that are continuously working and calling back their gangs. So, with your ignorance you have, once again, slandered us.
Port News›Longshoreman Labor›International Longshore and Warehouse Union
Maritime News›Container Lines›Zim Integrated Shipping Services
Port News›Terminal Operators›SSA Marine
Port News›US Ports›Port of Oakland
North America›United States›California