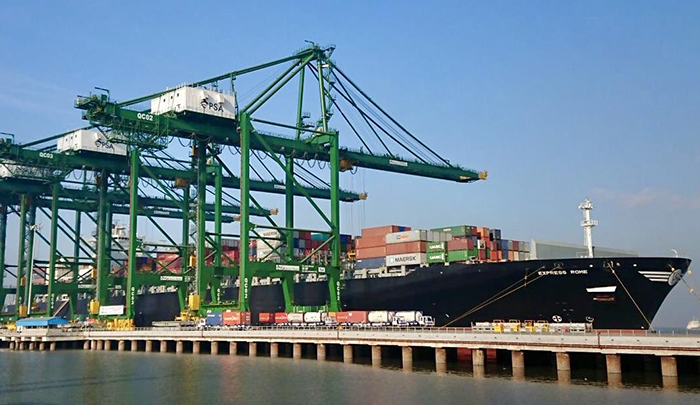 A new wage contract between Indian dockworker unions and government agencies promises better industrial relations that are critical to accelerating the pace of growth and productivity gains at the country’s 12 major, public ports.

Although a host of other worker concerns remain unresolved, especially those tied to government legislation intended to transform major port trusts into independent, autonomous bodies, the wage increase is considered a major victory for labor unions and, as such, there is a general view that they may soften their stance during further negotiations. The deal, concluded last week after several rounds of talks, averts the nationwide indefinite work stoppages dockworkers threatened in May.

Officials told JOC.com that the revised five-year contract, retroactive to Jan. 1, 2017, will increase worker wages by 10.6 percent, compared with a 10.5 hike agreed under the previous agreement that expired in December 2016. About 36,000 port workers are expected to benefit from the latest wage revision.

“The [labor] federations applauded and accepted the final offer made by the management,” the minutes of the joint meeting stated.

Officials also said the bipartite wage negotiation committee — comprising representatives of the Indian Ports Association and labor federations — will meet July 27 in Mumbai to draw up a formal contract.

More amicable labor relations among major ports and dockworker unions could help to stem the loss in market share public ports have suffered at the hands of private rivals over the last decade. Major ports still handle as much as 70 percent of India’s containerized freight and have been making steady productivity gains, shortening vessel turnaround times and speeding crane lift rates. A happier and more motivated labor force should help to maximize the gains that have been accrued via large-scale infrastructure upgrades, automated processes, and ease-of-doing-business measures.

New statistics compiled by JOC.com show major ports together handled 2.4 million TEU in the April-to-June period, a 6.4 percent gain over the same quarter in 2017. Of this, the five terminals at Jawaharlal Nehru Port Trust together accounted for 1.2 million TEU.

Meanwhile, the lifting of cabotage restrictions on foreign-flag carriers for the movement of containers between Indian ports appears to be bearing fruit, as authorities claim Indian ports have been able to recapture some of the domestic cargo that was previously transshipped via foreign hub ports, such as Colombo (Sri Lanka), Singapore, and port Klang (Malaysia), after the liberalized policy took effect May 21.

The government is particularly pressuring ports in the east coast region to capitalize on the more liberal market environment. To that effect, the port of Chennai has already announced deep discounts for vessels handling transshipment cargo.