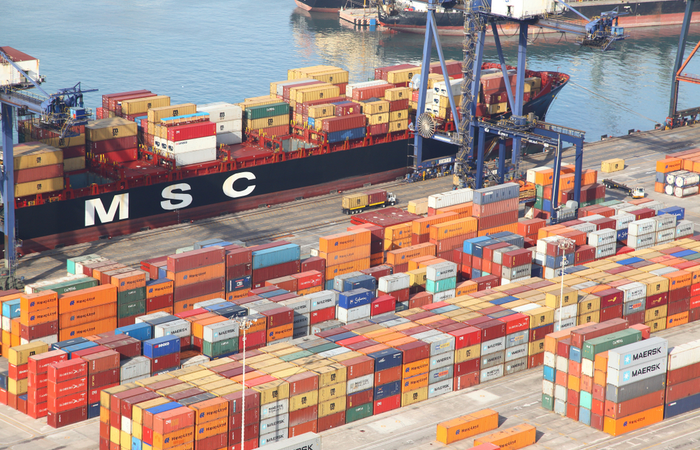 A blockchain portal at the Port of Veracruz aims to provide visibility to cargo moving through the customs process, and smooth its passage. Photo credit: Shutterstock.com.

A blockchain-based information portal designed to improve cargo flow through the customs process at the Mexican Port of Veracruz is due to come online in September. The technology offers a potential solution, although not likely in the short term, to concerns that the country’s customs system is cumbersome and causes delays.

The first users of the portal — mainly larger customs brokers in the Veracruz area and several logistics companies — will be able to log on and start using it in the week of September 9, said Jorge Magno Lecona Murillo, head of innovation in business models for Hutchison Ports Mexico, who helped create the project.

A partnership between Hutchison Ports ICAVE and consultant dexFreight, the project harnesses blockchain’s ability to allow different stakeholders to monitor the progress of a cargo and any changes in the cargo’s status and documentation as it advances. The project team believes it can cut in half the approximately four hours needed to undergo a customs inspection at Veracruz, Mexico’s second-largest port by loaded TEU handled.

The project is one of the most high-profile uses in Mexico’s logistics sector of blockchain technology, which is best known globally for two prominent ventures that are harnessing it to create visibility along the supply chain. TradeLens is a global trade platform being jointly developed by IBM and Maersk that started in January 2018 and has more than 100 participating organizations. The second project is Global Shipping Business Network (GSBN), which started in November 2018 and is backed by several terminal operators and ocean carriers, including Cosco Shipping, Evergreen Marine, and OOCL.

Blockchain, also known as distributed ledger technology, is a decentralized and highly encrypted database designed to increase trust in associated transactions. It does so by making such databases tamper-evident, thus allowing for more robust audit trails than traditional databases. Advocates for the technology believe it is perfectly suited for use in logistics, where multiple enterprises need to contribute data and rely on the validity of data for core processes, such as freight invoicing, audit, and payment.

The Veracruz project comes amid widespread discussion among logistics providers and shippers that the Mexican customs process is unnecessarily burdensome and in need of reform — concerns that have risen as cargo volumes through Mexican ports has grown. Speakers on a panel that focused on the topic at the JOC Mexico Trade Conference in Mexico City at the end of July depicted the system as heavy on demands for documentation, with a shifting set of rules that vary from office to office, and too much focus on scrutinizing all cargo instead of focusing more on high-risk cargo.

The launch of the blockchain project, which was also created with assistance from Texas A&M Transportation Institute, comes amid a dramatic expansion of the Port of Veracruz, including a new $450 million, 1.2 million-TEU terminal that Hutchison Ports built and will operate.

The blockchain project was initially set to launch in May, but the creators had some “technical challenges” that prevented its completion until now, said Lecona Murillo.