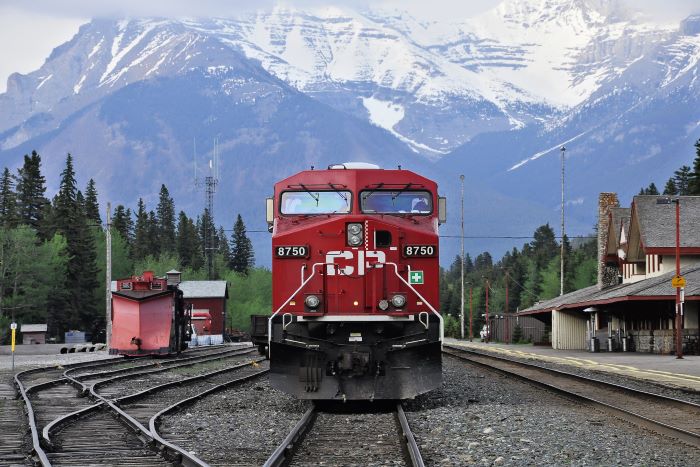 Canadian Prime Minister Justin Trudeau on Friday urged an end to the two-week-long rail blockades that have crippled trade throughout the country as cargo backed up at Canadian ports and forced a Montreal marine terminal to stop accepting import cargo.

“The barricades must now come down. The injunctions must be obeyed and the law must be upheld,” Trudeau said during a Friday afternoon press conference. "Canadians are paying the price. Some can’t get to work and others have lost their jobs. It's unacceptable and untenable."

But Trudeau held back from calling for the Royal Canadian Mounted Police and other authorities to break up the blockades, which were called by First Nation protesters attempting to block construction of an oil pipeline in Western Canada. Instead, he left it to First Nation leaders to encourage the protesting tribe to step down.

Trudeau chose not to call in the police, citing concerns that such action would spark violence similar to the infamous Ipperwash clash that turned deadly in the mid-1990s. He said his government is working with railroad operators to find alternatives to the blocked rail lines.

Container dwell times and congestion at the Port of Vancouver increased Friday at facilities served by Canadian Pacific Railway as protesters conducted a short-lived blockade in the railroad’s western corridor. Meanwhile, dwell times improved at Vancouver terminals served by Canadian National Railway, which had experienced blockades on its network earlier in the week.

A vessel backlog has also developed at Canada’s largest container port. “As of this morning, there are no more anchorages on BC South Coast for ships awaiting cargo at terminals in the Port of Vancouver,” the Chamber of Shipping stated Friday in a tweet.

Global Container Terminals Canada, which operates the Deltaport and Vanterm terminals in Vancouver, said Friday there was one vessel working at Vanterm and three at Deltaport.

“Terminals are fluid,” said GCT spokesperson Marko Dekovic. “CP Rail had a very short blockade last night — we are in constant touch with them — the blockade was withdrawn and trains were moving past midnight.”

The port’s rail metrics did not list dwell times for the Centerm terminal, which is operated by DP World. CP’s rail container dwell times at Centerm were three to five days on Tuesday, according to the port’s website.

Canada’s eastern ports of Halifax and Montreal were hit hard by the rail disruptions this week. Atlantic Container Line (ACL) announced Thursday it would divert two vessels bound for Halifax from Europe.

CMA CGM on Thursday circulated a memo to customers reporting that the blockade in Tyendinaga, Ontario, had forced the carrier to “shut down all rail operations” between Montreal and Toronto. The memo said that due to the blockades Montreal Gateway Terminals (MGT) — which operates two of the four main container terminals at the Port of Montreal — had “officially declared” force majeure, a contract provision that allows for the release of a party from contract obligations if circumstances beyond their control arise and the party can’t fulfill those obligations.

As a result, all inland rail cargo “must be evacuated immediately from the Port of Montreal,” according to the CMA CGM memo, which the Canadian International Freight Forwarders Association (CIFFA) circulated to its members.

Protestors also disrupted CN rail service to Prince Rupert last week, although the blockades were later removed and a port spokesman said earlier this week that operations were improving. However. the obstructed rail line had forced the diversion of one call from THE Alliance, but there's haven't been any diversions since CN service resumed Feb. 14.

“Prince Rupert continues to work through its recovery plan to restore fluidity after last weeks’ temporary interruption to rail service,” Brian Friesen, vice president of trade development and communications at the Prince Rupert Port Authority, told JOC.com. “We have had steady rail service for a full week now, and CN's significant capital investments in network capacity in Western Canada over the last few years has greatly aided the recovery effort.”