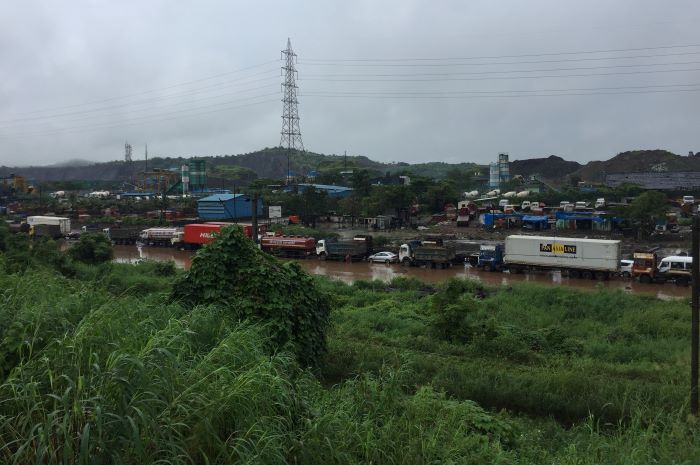 JNPT handles the bulk of India’s containerized freight, and any disruption can overwhelm the government’s efforts to lift the pace of trade growth that has taken a hit lately owing to a combination of internal and external factors.

The seven-member trucker group is seeking road infrastructure improvements in and around the JNPT harbor, as well as changes in new regulatory measures imposed by local traffic authorities. The striking group, which called its action a “non-cooperation movement,” said new stricter regulations without proper infrastructure in place have harmed their operations that are already reeling under fierce competitive pressures because of economic reasons.

A shipping line agent at JNPT told JOC.com the disruption has already cut into cargo lifts for vessels at berth or waiting in line to call at the port, adding the effect will be more evident in the coming days. “A lot of shipments will miss scheduled shipping connections if authorities do not intervene quickly to find a solution,” the official said.

APM Terminals Mumbai said it was monitoring the situation. “The by-road traffic reporting at the gates seems to be impacted,” it said in a customer advisory. “The terminal gates, however, remain operational and there is no [truck] queue.”

About 85 percent of JNPT’s volume moves by truck — a key factor behind trade concern over a potential further breakdown in cargo transportation. JNPT saw combined September volume slip to the lowest level this fiscal year at 400,367 TEU, down nearly 8 percent from the prior month and 7 percent from a year earlier, according to a JOC.com analysis of port data.