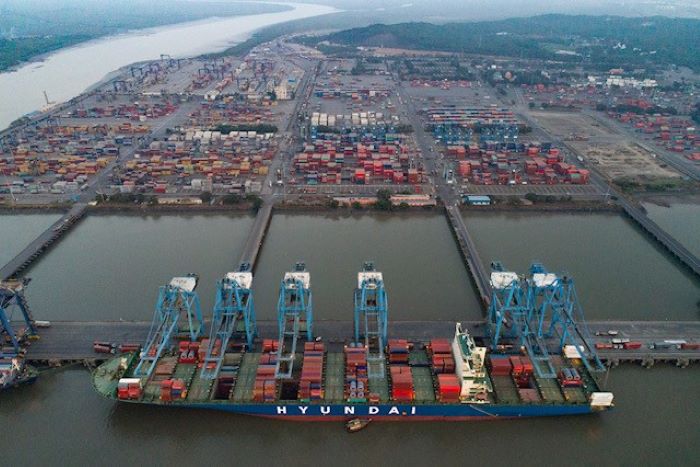 Indian marine terminals are making headway in clearing congestion by diverting containers inland, but their efforts are being hampered by more importers failing to pick up containers as the country enters its third week of a 21-day lockdown.

The Indian government has asked container freight station (CFS) owners at JNPT to act hand-in-hand with other players in the supply chain -- marine terminals and ocean carriers - regarding the levy of ground rent charges on containers caught up in the lockdown.  The advisory came in the wake of shipper complaints that CFSs were demanding usual charges, while terminals and carriers suspended penalties following government intervention.

With India’s coronavirus disease 2019 (COVID-19) lockdown lasting until April 14, terminal operators don’t expect cargo owners to begin picking up containers before the middle of next week, by when lockdown restrictions may be reviewed.

To address those concerns, JNPT, in coordination with customs officials, has begun shifting import containers en masse to newly identified freight locations farther away from the harbor, while sending direct port delivery (DPD) shipments, usually cleared from the wharf itself, directly to a rail yard on the outskirts of Mumbai City.

“The likely congestion has been considered and analyzed by the port, and a plan for storage of the imports received in the port has been prepared,” JNPT said in a statement.

Those efforts appear to be paying off, as yard inventory levels at all JNPT terminals are currently well within capacity limits. For example, APM Terminals Mumbai saw total gate activity of nearly 3,000 TEU Thursday, with imports at 1,375 TEU and exports at 1,624 TEU — 60 percent of normal gate productivity. The latest gate-in number suggests that trucks stranded across the country have begun to move.

“Closer port-trade coordination and accelerated efforts are yielding good results,” an APMT Mumbai official told JOC.com. The company on Friday also advised customers it would not charge ground rent on imports discharged at the terminal from March 22 to April 14.

DP World Nhava Sheva’s combined gate numbers hit 1,758 TEU Thursday, mostly imports, data shows. DP World Cochin, also known as the Vallarpadam Terminal, is also seeing traction in gate movement, with the Thursday count pegged at 1,000 TEU, 80 percent of normal levels. In a trade-centric measure, the company has pushed back the implementation of an approved rate hike by a month, to May 10. The terminal is also mulling waiving demurrage, sources said.

At the same time, as customs clearing agents continue to stay off work, citing virus transmission fears and lockdown restrictions, efforts now being made to decongest backlogged terminals could prove to be a job half-done. CFSs around JNPT are already waiting to deliver some 100,000 TEU, sources said.

“Terminal operators have foregone their earnings to induce clearance, but such incentives are not translating into a positive impact on supply chains,” a Mumbai-based stakeholder told JOC.com. “Ultimately, the gains that cargo owners eye out of more free time could get wiped out by cost increases they may have to face for trucking and labor when demand surges.”

A terminal official at JNPT echoed that viewpoint. “Trade reactive behavior toward such extended free time is typically counterproductive, so it calls for some sort of intervention or pressure from the government heads,” the source said.