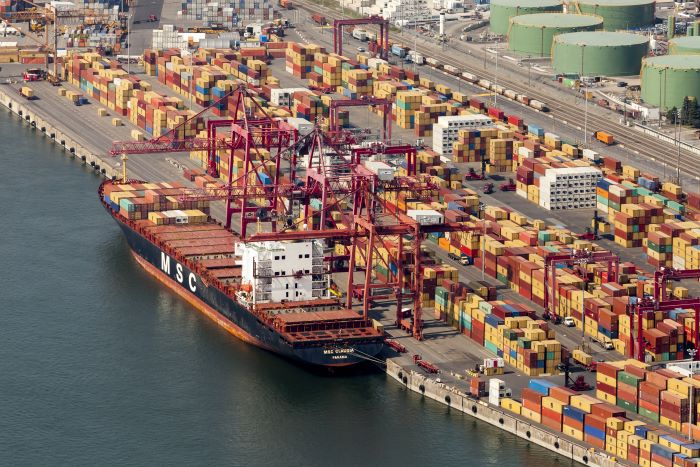 The current longshore labor standoff at Montreal comes at a vulnerable time for a port facing growing competition to handle goods moving to and from competitive hinterland regions.

The vulnerability starts with shippers’ perceptions of dock strikes. Longshore labor disruption does not go down well at corporate headquarters; when products are delayed and revenue and customers impacted, and worse yet, if the impact is material enough that it has to be explained to investors, there is little sympathy for whatever local issues may be at play.

That is why a port such as Montreal, for whom up to half of its cargo is so-called “discretionary” — where the shipper has a choice of ports — is especially vulnerable to labor unrest, especially if it is protracted or repeated such that it acquires a reputation for lack of reliability.

It’s happened before. Few would deny that repeated instances of labor disruption on the US West Coast going back to the 1990s, punctuated by the 10-day West Coast lockout in 2002 and a six-month stretch of delays in 2014 and 2015, contributed to significant volumes diverted to less disruptive ports on the US East and Gulf coasts and the Canadian ports of Vancouver and Prince Rupert. In the 1980s and 1990s, the West Coast was the only practical gateway for Asia cargoes, but the 2015 expansion of the Panama Canal, a shift in manufacturing to Southeast Asia, and the allure of largely amicable longshore labor relations on the East and Gulf coasts led shippers to work around longer ocean transit times, and by extension product lead times and inventory costs.

Montreal, which has seen sporadic longshore labor disruption — though undercurrents of tension dating back years — could be similarly vulnerable if the current standoff isn’t resolved quickly.

As of early Thursday afternoon, a quick resolution was far from guaranteed. Dockworkers affiliated with the Canadian Union of Public Employees (CUPE) struck for four days last week and as of Aug. 3 had struck again at the two Termont container terminals at the port. Termont, during the initial strike in late July, had used management workers to move cargo who were harassed after the workday by dockworkers in an incident that briefly turned violent on the evening of July 29.

The checkers union, an affiliate of the International Longshoremen’s Association, announced it would participate in the second week of the dockworkers’ strike. The recent work stoppages followed an unsuccessful attempt by employers to have the government classify the dockworkers as essential workers prohibited from striking.

The long-term risks for Montreal stem from its cargo mix; half is primarily comprised of Ontario and US Midwest cargoes that can be served via other ports, including Halifax and New York-New Jersey. NY-NJ, the largest North American East Coast port, has a critical mass of carrier services and a lengthy track record of labor peace, interrupted only by a one-day wildcat strike in early 2016.

In addition, NY-NJ will benefit from the recent sale by CSX Transportation to Canadian National Railway of the 220-mile Massena line connecting Montreal and upstate New York, which would create a single-railroad route enabling more competitive transits through New York-New Jersey into and out of Montreal’s direct hinterland. Although CN serves Montreal, it has no loyalty to the port, as evidenced by its support for a competitive new port at Quebec City. Last year, Canadian Pacific Railway acquired a short-line railroad that gives it direct access to the deep-water port of Saint John.

Furthermore, the industry is changing in larger ways that increase the vulnerability for Montreal. In prior episodes of labor disruption such as the strike in 2010, carriers such as CP Ships made Montreal their exclusive port in North America, their ships returning directly to Europe. That meant that if Montreal was closed due to a port strike the carrier had no alternative to divert ships to Halifax or New York-New Jersey, an obvious strike-avoiding tactic that would have forced dockworkers at those ports to support striking workers at Montreal by refusing to work the ships.

But today it’s Hapag-Lloyd, Maersk, Mediterranean Shipping Co., and OOCL who are seeing ships delayed, carriers that operate within global alliances with services calling at multiple North American ports able to access the same competitive inland markets. Hapag-Lloyd and MSC have already diverted ships away from Montreal due to the strike. Therefore, if the Montreal strike continues, or if shippers fear future disruption, cargo can easily be routed through other gateways without concern about sympathy actions from other dockworkers’ unions because those ports already regularly handle cargo moving to or from battleground hinterland areas.

West Coast dockworkers have long turned a blind eye to the damage that labor disruption played in the long-term loss of their ports’ market share. Montreal should take that as a cautionary tale.

Global Shipping Outlook: A Sneak Peek at 2021
Port Performance North America: Managing Cargo Flow During a Pandemic — and Beyond
END_OF_DOCUMENT_TOKEN_TO_BE_REPLACED