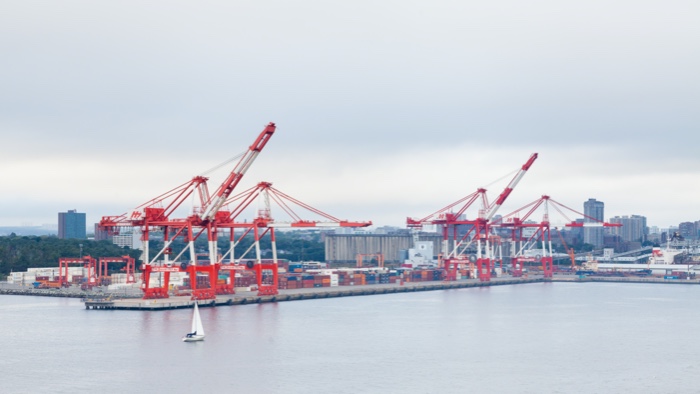 The tentative agreement between the hereditary chiefs of a First Nation tribe and the Canadian federal government signals the beginning of the end of rail barricades that disrupted containerized trade for nearly three weeks in February. But as Canadian National Railway brings its network back to normal over the coming weeks and ports recover, the broader container shipping industry has some hard questions to ask about the potential risk of and response to future disruptions driven by environmental protests.

The barricades — sparked by the western tribe of Wet’suwet’ens protest of the Coastal GasLink pipeline that expanded to involve non-indigenous demonstrators blockading CN lines in the eastern portion of the country — showed just how quickly the Canadian container supply chain could be crippled.

Following three days of negotiations, Carolyn Bennett, the Crown-Indigenous Relations minister, on March 2 said an agreement had been reached with Wet’suwet’en leaders over land rights for an area through which the $6.5 billion pipeline would traverse. Wet'suwet'en leaders argue that although elected band councils were among the representatives from 20 First Nations that agreed to the pipeline, hereditary leaders didn’t agree to the project.

Although the freight industry wasn’t the target of barricades, the protest laid bare how exposed the economy of Canada, which prides itself as a trading nation, is to such disruption. Cargo flow at Canada’s top four largest ports was negatively impacted to varying degrees, hampering retailers and manufacturers, and shaving 0.2 percentage points off of the country’s economic growth in the first quarter, according to an estimate from RBC Economics.

The rail blockades also disrupted US imports and exports flowing through the ports of Halifax, Montreal, Prince Rupert, and Vancouver. And while ships were diverted to the likes of New York-New Jersey and Philadelphia to lessen the impact on US consumers, the reputation of those Canadian ports to deliver greater routing reliability than their US counterparts took a hit. The attractiveness of serving the US market via Canadian gateways is what spurred terminal operator DP World to begin quadrupling the capacity at the Port of Prince Rupert and PSA International to acquire the largest marine terminal in Halifax last year.

A new type of disruption

Unlike disruptions tied to longshore or even rail union strikes, the rail blockages aren’t tied to labor relations. Rather, they are a manifestation of the fraying of the grander bargain Prime Minister Justin Trudeau and past administrations have made to balance environmental, indigenous, and energy priorities. Some in the Canadian shipping industry say the Trudeau administration was too slow to respond to the blockades and argue Canada’s global business reputation has been damaged as a result.

“The government could fix this in an hour,” Andy Abbott, CEO and president of Atlantic Container Line told JOC.com in late February, after the carrier was forced to divert two vessels bound for Halifax from Europe. THE Alliance also diverted a call from Prince Rupert.

“This whole thing could be stopped immediately. So everybody's saying, ‘Well, they're going to fix it today.’ And yet it hasn't been," Abbott said.

The infamous Ipperwash crisis between indigenous protestors and Ontario police, resulting in one protestor death in the mid-1990s, cast a long shadow. Prime Minister Trudeau during a Feb. 21 press conference was careful to signal the need for a stronger hand without explicitly calling for one, and in the following days, Ontario and Quebec police cleared the blockades. The swiftness of action came after two weeks of virtual whack-a-mole, in which police broke up barricades only for new ones to pop up elsewhere.

There’s plenty of reason to believe that protests, whether over Canada’s energy policies or First Nation rights, could flare up again. In a Feb. 27 research note, Fitch Ratings said the “protests could presage a longer period of intermittent blockade risk as other pipeline projects get under way, notably the Trans Mountain Expansion Project, which also goes through British Columbia.” And the non-Canadian groups that joined the Wet’suwet’en — sometimes to the chagrin of tribe members — have seen how they could shock Canada and the world to attention.

Going forward, the government needs to deliver results quicker to First Nations on issues of rights and title, self-governance and co-governance, and access to economic development, according to Robert Lewis-Manning, president of the Chamber of Shipping of British Columbia. The targeting of transportation infrastructure, which impacted both CN and Canadian Pacific Railway — albeit to a much lesser degree — was a relatively new phenomenon.

“We need far more resilience and protection of these assets like many other countries already have elsewhere in the world. They are vulnerable because we have too many federal departments and agencies with overlapping jurisdictional boundaries,” Lewis-Manning told JOC.com.

Some of that resilience has come from industry itself. Under the deal brokered by Transport Minister Marc Garneau, CN and CP shared lines during the worst of the disruptions to keep the flow of essential supplies moving to Canadian communities. Additionally, some container lines were able to shift cargo to the CP network, evidenced by the smaller Class I railroad’s double-digit percentage jump in intermodal volume in the last two weeks of February.

But there are capacity and geographic limits to how much intermodal cargo CP can take on, especially given that Prince Rupert and Halifax are solely served by CN. This is one instance in which more — and more concentrated — government involvement is needed.