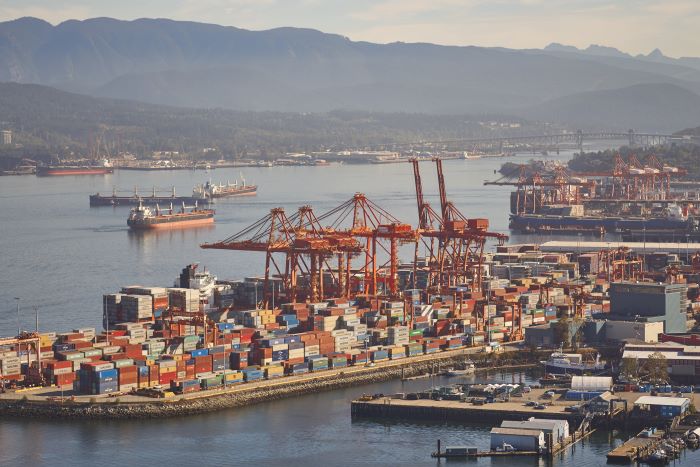 Officials hope that rail service provided by Canadian National and Canadian Pacific railways can be restored this weekend to Vancouver, a key entry point for US imports. Photo credit: Shutterstock.com.

Officials hope that rail service provided by Canadian National and Canadian Pacific railways can be restored this weekend to Vancouver, a key entry point for US imports. How long it takes the railroads to repair damaged lines between Kamloops and Vancouver will determine how long it takes marine terminals to work through anticipated container backlogs.

CP and CN are working to clear debris from tracks and repair multiple sites, with some progress already made.

CP said in a statement that it suspended service between Spences Bridge and Falls Creek, British Columbia, due to the floods. It didn't offer an estimate of when service would resume.

CN said that it suspended service between Kamloops, BC, and Vancouver until its crews could assess any damage.

The port on Wednesday said it expected main highway routes to the downtown and Fraser Valley regions to be reopened in the next two to three days. Two days of intense rain that began Saturday sparked washouts, causing at least one fatality.

“Transport Canada is working closely with emergency services to ensure public safety and to assess infrastructure damage to impacted areas. Damage assessments have been hindered by logistical and safety concerns due to evacuation orders issued in multiple communities,” the Vancouver Fraser Port Authority told customers Wednesday

The authority said it was bracing for vessel delays and more ships at anchor due to disrupted marine terminal operations linked to the severe weather. The port’s four marine terminals handling containers are still operating.

The disruption in Vancouver, the largest since protesting indigenous groups and supporters blocked rail lines leading to the port for two weeks in early 2020, comes as Canadian and US importers rush cargo for holiday shopping and restocking.

While drayage conditions in Vancouver have been strained similar to how they have at other major North American ports, cargo flow through there has been generally fluid, according to marine terminals and forwarders. That’s despite container volumes being up 12.7 percent through September compared with last year, according to the port authority.

As of Wednesday, there were four container ships at berth in Vancouver and another four at anchor, according to AIS Live, a sister product of JOC.com within IHS Markit. Average rail dwell times were three to five days as of Tuesday, according to port authority metrics.

How to Improve OTIF: 15 Tips for On Time and In Full Delivery
END_OF_DOCUMENT_TOKEN_TO_BE_REPLACED