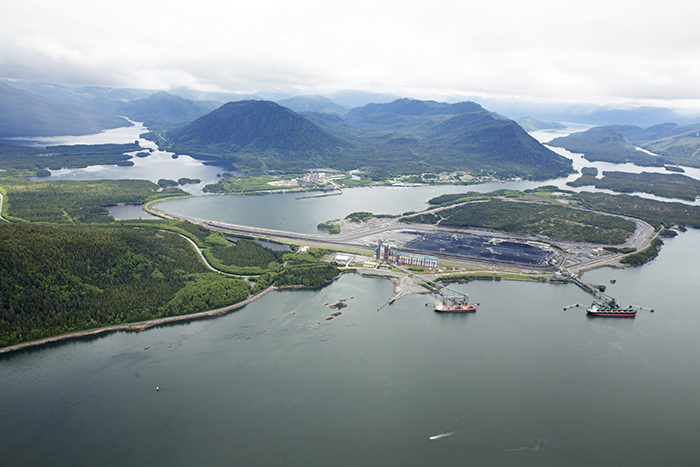 An artist's rendering of a possible breakbulk and bulk cargo terminal on Kaien Island in Prince Rupert, Canada.

The Port of Prince Rupert, British Columbia, is working with Carrix/SSA Marine and its Western Stevedoring subsidiary to study the feasibility of a new terminal that would handle breakbulk and bulk cargoes.

Prince Rupert handled breakbulk cargoes at its Fairview Terminal before the terminal was converted into a successful ship-to-rail container port in 2007.

The terminal project has been part of the Port’s Gateway 2020 development planning and is integrated with the port’s Ridley Island Road, Rail, and Utility Corridor.

The proposed site of the new terminal covers 200 acres next to Canadian National Railway’s main line near existing bulk terminals on Ridley Island.

“The Port of Prince Rupert has established a global reputation for speed and reliability of trade, and a new breakbulk and bulk terminal would likewise benefit from key strengths such as the port’s safe harbor and proximity to Asian markets,” said Brad Eshleman, president of Western Stevedoring.

Western Stevedoring has operated in British Columbia since 1948. In North Vancouver, the company operates Lynnterm East Gate and West Gate, which specializes in handling forest products, steel, and project cargoes.