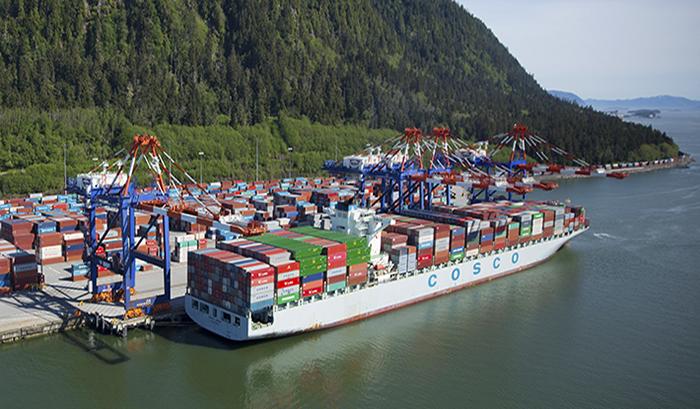 Container volume through the port jumped 43 percent year-over-year in the first half, according to port statistics displayed on the JOC.com Market Data Hub. Excluding empty containers, volume rose 22.9 percent. The continued high double-digit volume gains suggest that U.S. shippers that used Prince Rupert as an alternative to West Coast congestion last year and early this year are sticking with the port.

Prince Rupert’s Fairview Container Terminal, which Maher Terminals opened in 2007, specializes in ship-to-rail transfer of intermodal cargo to inland points in the U.S. and Canadian Midwest, via Canadian National Railway. DP World agreed in April to purchase the terminal for C$580 (US$457) in a deal expected to close later this year.

Maher has begun a major expansion that includes the addition of a second berth, doubling the number of gantry cranes to eight, reclaiming additional expand to expand the container yard, installing an additional mooring dolphin, and adding three working tracks to the on-dock railyard, which will have up to six rubber-tire gantry cranes.

When completed in mid-2017, the expansion will provide Prince Rupert with estimated annual capacity of 1.3 million TEUs, about 500,000 more than the current level.