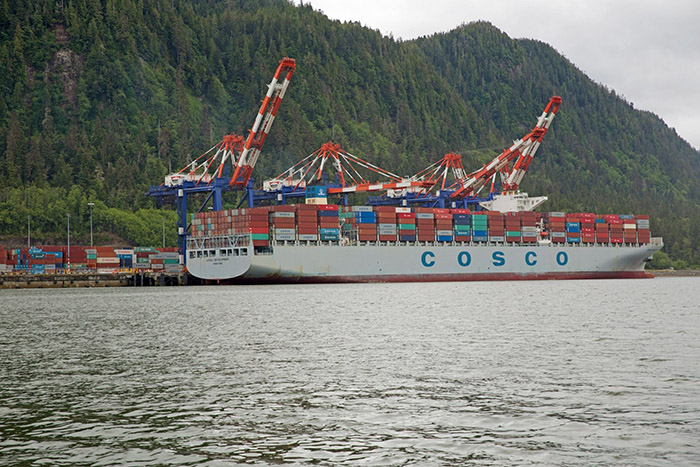 DP World, the new owner of Prince Rupert's container terminal, and the port authority are already considering expanding the port’s annual capacity by more than 700,000 twenty-foot equivalent units —  even though the latest buildout has yet to be completed.

The duo’s decision to study further expansion comes as U.S. importers increasingly tap the British Columbia gateway for goods bound to the Midwest. Container volume through the port jumped 8 percent year-over-year in November, pushing traffic for this year up 29 percent compared to the same period in 2014.

The potential expansion, which would bring the port’s annual container capacity to more than 2 million TEus, could be completed in three to five years, depending on demand, Maksim Mihic. DP World Canada group general manager. said in a statement. The study of potential expansion will take into account forecasted trans-Pacific trade with the West Coast, current liner services and demand for terminal when the current 1.3 million TEU expansion project is completed in mid-2017.

Prince Rupert, the second-fastest growing container port in North America in 2014, has attracted U.S-bound and domestic volume due a variety of factors. They including the port being a few sailing days closer than Southern California to China on the Great Circle route plied by trans-Pacific carriers, and U.S. shippers not having to pay the U.S. Harbor Maintenance Tax — the 0.0125 percent levy on the value of imported goods.

Most importantly, the port provides fast and consistent delivery of containers to Canadian National Railway line, from which the boxes are speedily shipped at rates generally cheaper than shippers would get on on U.S. rail services connecting to U.S. Pacific Northwest ports.