Cosco expects to remain the driving force at Prince Rupert

Cosco expects to remain the driving force at Prince Rupert 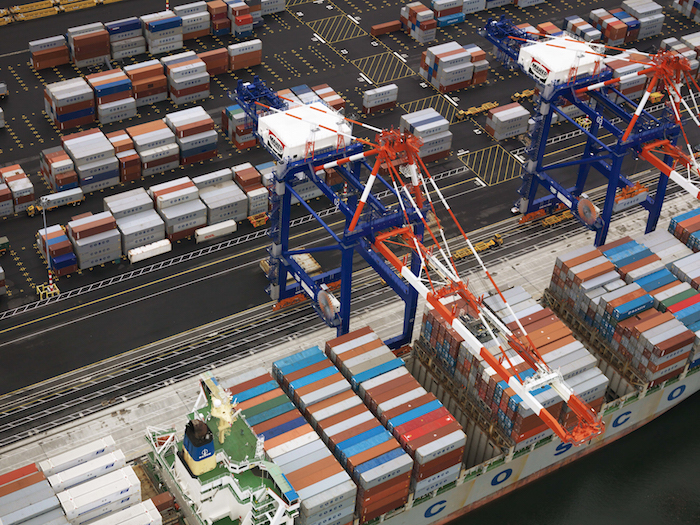 Working a Cosco ship at the Port of Prince Rupert.

In the nearly nine years since the Oct. 31, 2007, inauguration of container shipping services through Prince Rupert, British Columbia, Cosco has been the dominant carrier to the port that offers the fastest transit from Asia to the U.S. Midwest.

Cargo volumes quickly skyrocketed as shippers recognized the advantages Prince Rupert offered, including a nearly decade-long track record of efficient operation, minimal weather disruption and delay-free customs clearance. Total volumes have grown at an average of 24 percent a year since 2009, to 776,412 twenty-foot-equivalent units last year, making Prince Rupert the fastest growing North American port. Cosco grew in lockstep. What started as a single weekly service operated through the CKYH Alliance (with “K” Line, Yang Ming and Hanjin Shipping) grew to two in 2008 and three in 2011, all with Prince Rupert as the first inland port of call from Asia.

Today, Cosco estimates that it contributes a majority of volume through Prince Rupert, and that will not change as the company goes forward as part of a larger organization. The port says Cosco has always been its largest. “From day one, Cosco has been our largest marine carrier by volume and continues to be,” port spokesperson Brian Friesen said. “Given that Prince Rupert is a small, tight-knit community, everyone is vested in the success of the container terminal as it is the largest employer in town. Further, everyone on the terminal knows the cargo is discretionary and as a gateway we have to earn the business day in, day out.”

“There is nothing that would take us out of Prince Rupert,” said Howard Finkel, executive vice president of Cosco Container Lines Americas and vice president of Cosco Americas. “It’s been a success story for us. Our shippers like it, so I don’t see any changes at all. There may be expanded services into there. We intend to keep our dominant position and we would like to offer this to more shippers.”

But there are other factors also. All inbound containers at Prince Rupert, for example, undergo radiation screening, so if there were ever a security incident at a U.S. port, U.S.-bound container through Prince Rupert would likely be unaffected.