Shippers diverting cargo away from Montreal as labor truce runs out

Shippers diverting cargo away from Montreal as labor truce runs out 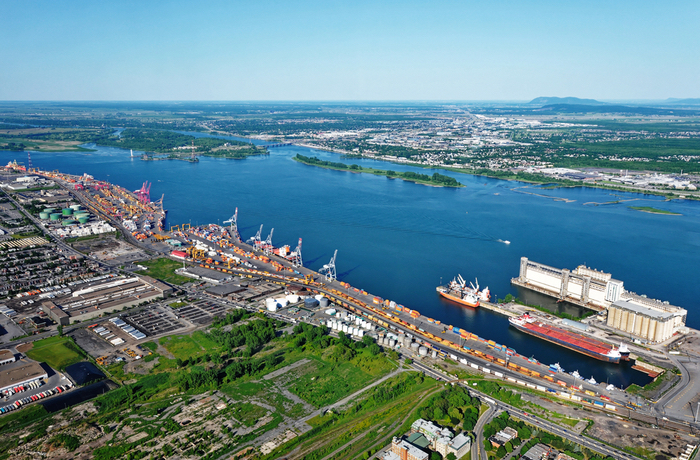 Some major shippers have told the Montreal Port Authority that they’ve instructed container lines to divert cargo away from the port if no agreement was reached by mid-January. Photo credit: Shutterstock.com.

With a truce between Montreal waterfront employers and longshore workers expiring in approximately five weeks, importers have been diverting cargo away from Canada’s second-largest port rather than risk disruption similar to the 19 days of strike actions that crippled the port last summer.

The Maritime Employers Association (MEA) and Canadian Union of Public Employees (CUPE) were back at the negotiating table this week, capping a 14-day “mediation blitz,” Kuehne + Nagle told customers in a Friday advisory. Negotiations deteriorated several weeks ago but have since restarted, according to two shipping executives close to the matter.

A misconception about the August 2020 strike at Montreal was that it was settled; it wasn’t. Rather, what ended the 19-day series of work stoppages on Aug. 21 was a truce that left critical work rule issues unresolved. That leaves open the real possibility that after the temporary agreement expires on 6:59 a.m. March 21, disruption could resume. It took eastern Canadian ports months to recover from disruption over the summer, as a shortage of railcars at Halifax and Saint John due to a surge of cargo at Vancouver and Prince Rupert delayed cargo diverted from Montreal, and Montreal terminals had to clear a 11,500-container backlog.

At the time, Pierre Fitzgibbon, Quebec’s minister of economy and innovation, said the closure of the port had a greater economic impact on Canada than the COVID-19 pandemic itself.

Now, with personal protective equipment (PPE) still critical amid a multi-month surge of Asian cargo into Canada and the United States, strike actions would be even more disruptive to cargo flows through eastern Canada and the country’s economy.

Further disruption would also hurt Montreal’s competitiveness as it faces growing competition from existing and planned Eastern Canada ports for so-called discretionary shipments moving to and from inland regions. As has been seen on the US West Coast, shippers have long memories and will permanently redirect cargo through alternative gateways when they perceive a port to have elevated labor risk.

Some major shippers have told the Montreal Port Authority that they’ve instructed container lines to divert cargo away from the port if no agreement was reached by mid-January, said Tony Boemi, vice president of growth and development for the port authority. Two Canada-based importers who asked not to be identified told JOC.com they began diverting cargo away from Montreal months ago, with one using the Canadian West Coast and other routing more goods through Halifax.

In the truce announced Aug. 21, employers and labor agreed to not speak to the media, but both sides said they were confident they would reach a deal before the truce expires. The current MEA-CUPE labor contract expired at the end of 2018, with labor seeking higher wages through more days off per year and greater control of hiring, and employers resisting such demands.  Starting in early July, port longshore workers engaged in two four-day strikes before launching an indefinite strike on Aug. 10 that ended up lasting 12 days.

In a Feb 4 interview with JOC.com, Jean-Jacques Ruest, president and CEO of Canadian National Railway, said the railroad is better prepared to handle potential diversions from Montreal to Saint John and Halifax than it was over the summer. When longshore workers issued the first 72-hour strike notice in late July, there was plenty of inbound cargo already on the water headed to Montreal, he said.

Ruest said shippers should ready diversion strategies, whether moving through Halifax and Saint John or with the railroad’s joint service with CSX Transportation connecting to the Port of New York and New Jersey. Cargo destined for Montreal could also be trucked up from New York-New Jersey. Ruest warned that if Montreal-bound cargo is diverted, the railroad will prioritize cargo not bound for greater Montreal and imports for Montreal might not be transported to the region until labor actions end, as CN has limited capacity to handle all the potentially delivered volumes.

The Montreal strikes also spurred Canadian Pacific Railway to begin providing intermodal rail service to Saint John to handle three Hapag-Lloyd ships and one Maersk ship diverted from Montreal over the summer. In extending its agreement with CP, Hapag-Lloyd, which has the largest presence in serving Canada, said it would add Saint John to its new service network, which is generally announced in the spring.