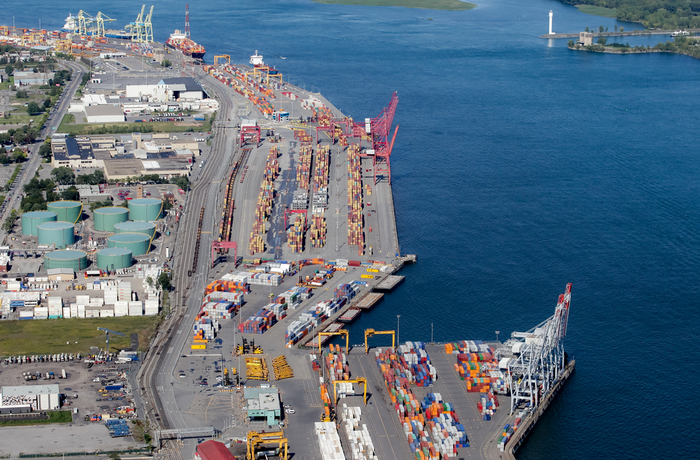 The end of the Montreal strike spells the beginning of the end for costly cargo divisions to other container ports in Eastern Canada. Photo credit: Shutterstock.com.

Montreal port employers say it will take two to four weeks to recover from an approximately 11,500-container backlog caused by a month-long series of labor strikes, after they and longshore workers announced a seven-month truce on Friday.

Leaders from the Maritime Employers Association (MEA) and the Canadian Union of Public Employees (CUPE) said they are confident they will be able to agree to a new contract before the truce expires in March 2021. Both MEA and CUPE expect to reopen the second-largest cargo port in Canada Sunday.

The end of the strike spells the beginning of the end for costly cargo divisions to other container ports. But it remains to be seen whether the strike has eroded Montreal’s competitive edge for cargo headed to and from the US Midwest and the greater Toronto region, as eastern Canadian ports vie for that so-called discretionary cargo.

MEA president Martin Tessier said CUPE representative Michel Murray said they have agreed to modernize labor relations, as the leaders of both sides jointly spoke at a press conference for the first time in 50 years. Tessier lauded port workers as “pillars” of the port economy.

Separately, MEA has also reached an agreement in principle with the port checkers union, represented by the International Longshoremen’s Association, which had joined the CUPE longshore workers in the strike. Employers said the checkers’ executive committee will submit an agreement to its members on Monday.

A Thursday afternoon comment from Pierre Fitzgibbon, Quebec’s minister of economy and innovation, that the closure of the port had a greater economic impact on Canada than the COVID-19 pandemic helped convince both sides to agree to a truce, Tessier said. He and Murray worked through the evening on Thursday to come to terms for a truce.

That was a quick change of fortune, as Tessier told local media earlier in the day that negotiations with the union had stalled, and employers were considering using replacement workers. The two sides did, however, agree to allow containers of personal protective equipment stuck at marine terminals to be moved prior to the truce.

Global Shipping Outlook: A Sneak Peek at 2021
Port Performance North America: Managing Cargo Flow During a Pandemic — and Beyond
END_OF_DOCUMENT_TOKEN_TO_BE_REPLACED