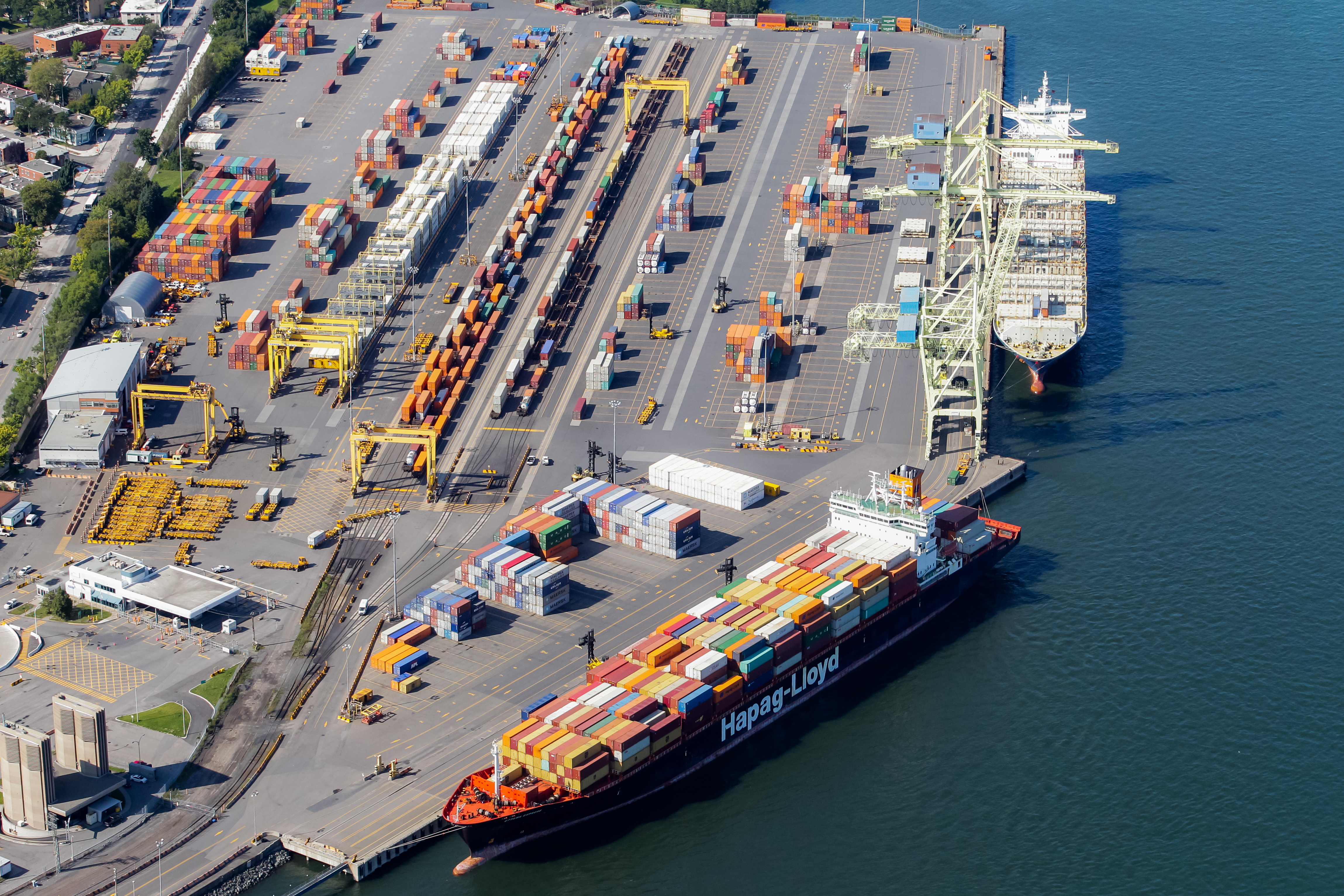 Average dwell times at the port of Montreal increased from 4–4.5 days at the end of 2018 to 6 days in January. Photo credit: Shutterstock.com.

The port of Montreal has been able to reduce average dwell times and still has more work to do to bring them down to two days after a 12 percent year-over-year jump in January volume pushed the average time it takes to move a container from terminal to rail ramp to six days.

Dwell times had averaged 4–4.5 days at the end of 2018, but rose to 6 days in January, said Tony Boemi, vice-president of growth and development at the Montreal Port Authority. The port expects those times to drop again as more of the 200 longshoremen hired since October complete their training and join the workforce.

“There is no doubt that we have taken steps to alleviate the situation,” said Boemi, adding that other factors that placed upward pressure on the dwell times included shortened work weeks due to the holiday period and a bunching up of vessels due to scheduling delays resulting from weather conditions. The fourth-quarter dwell times of four to four-and-a-half days were also partly inflated by the fact that the new longshoremen had yet to fully join the workforce, he said.

The port on Wednesday published for the first time monthly import dwell times, in a move that provides considerably more information than is offered by many ports. The report includes figures for vessel schedule integrity, berth productivity, and turn times. That adds to the real-time figures for turn times that have been available on the port website for a while.

“We want transparency in the process, and we want to separate fact from fiction,” Boemi said. “We are also confident that the actions taken to deal with the increased volumes will set us on the right path to the level of fluidity that has been enjoyed in past years.”

The port is scheduled to start work in the fall on a C$55 million (US$41.6 million) project that is expected to improve dwell times by enabling the port to pre-assemble longer trains on the port’s internal rail line. The move will allow the port to remove cargo more quickly from the five terminals linked by rail to an interchange area that is served by both Canadian National Railway and Canadian Pacific Railway.

According to the first monthly dwell time report, average dwell times rose to 4 days in January 2018, and fell to 2.2 days in April, before rising steadily to a peak of 4.6 days in September, and falling slightly to 4 days in December. For import rail cargo, dwell times in December stood at less than two days for just 37 percent of containers, compared to 57 percent in the December 2017 and the port’s target of 75 percent.

One beneficial cargo owner (BCO) told JOC.com it waited 10 days to get a container out of the terminal by rail at the end of January, and was told by the ocean carrier — Mediterranean Shipping Co. — that the port had a dwell time of about 10 days.

All hands on deck

Michael Fratianni, president and CEO of Montreal Gateway Terminals Partnership (MGT), which operates the Racine and Cast terminals, said they had seen “sporadic service issues” on dwell times, that spilled over into 2019. However, “operations as of Monday this week were fluid, in fact the import ground count was virtually down to zero.”

“We are working rail 7/24 and our partners at the railways are also doing their end to supply the right volume of railcars to handle imports on a timely basis,” he said in an email.

The port handled 1.7 million TEU in 2018, 9 percent more than the year before, and has struggled to cope with elevated cargo volumes, especially on the trucking side. Truckers complained of congestion and elevated turn times, often of several hours, in the first few months of the year, prompting the four main terminals in September to permanently extend terminal gates, from closing at about 3 p.m. to 11 p.m.

The longer opening hours prompted the hiring of 200 new longshoremen in the port, a 20 percent increase, Boemi said. The port began taking on the first hires in October, and training them in November, before implementing them into the workforce as regular longshoremen, he said.

So far, the “full complement has not yet been achieved, but expected to do so by end of February/March,” Boemi said in an email, explaining how the port is working to reduce the elevated dwell times.

The longer opening hours have also brought down truck turn times, to an average of between 53 and 58 minutes in the final quarter, and 54 minutes in January, Boemi said. The authority said in March that only 60 percent of the truck trips were lower than 60 minutes, and 20 percent took more than 90 minutes.

Fratianni said the port still has work to do in motivating more truckers to use the off-peak hours because 78 percent of the traffic continues to be handled before 3 p.m., when turn times are about 50 minutes. “After 7 p.m. there is hardly any traffic, so [it’s] completely fluid,” he said. “In theory the trucker can be serviced in less than 30 minutes, plus the traveling time to/from the port during off-peak commuting hours can add up to significant synergies.”

Adding fuel to the fire

Montreal’s volume growth is fueled in part by trade agreements. The Comprehensive Economic and Trade Agreement (CETA) between Canada and Europe took effect on September 2017. And on Dec. 30, the first phase of the Comprehensive and Progressive Agreement for Trans-Pacific Partnership (CPTPP) between Canada and countries in the Far East took effect.

In July, Maersk started its own independent weekly service to link the ports of Montreal and Halifax to the Mediterranean, and through transhipment to the Far East, citing the expected volume increase from the CETA agreement as the primary reason for the move. Then in December, the carrier upgraded the service, dropping the Halifax call to speed up the trip to Europe.